But have they appeared with La Diva? 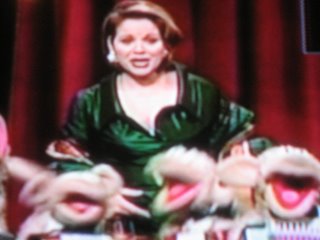 FROM REUTERS: Pampered Australian merino sheep who listen to opera have again produced a bale of the world's finest wool, matching the record set by the flock last year.

Italian designer Loro Piana said the 93 kg (205 lb) bale measured 11.8 microns, compared with the average Australian merino wool which measures 20-21 microns. Superfine wool is defined as 19.5 microns or finer per strand. A micron measures one millionth of a meter.

"The achievement is truly exceptional insofar as the average fineness of an Australian bale (of which 5 million are sold every year) is generally 20-21 microns, and only 5 percent go below 17 microns," the Italian company said in a statement.

In 2004, the Highlander Partnership flock produced a 91 kg bale of wool measuring 11.8 microns. Loro Piana uses the wool to make suits that sell for up to A$15,000.

The special flock is kept mostly indoors in small groups and listens to music, including Italian opera and recordings of Italian singer Andrea Bocelli.

Each sheep is shorn once a year and the flock is fed a secret diet of grains and specially grown hay, based on advice from a sheep nutritionist.
at 7:59 PM