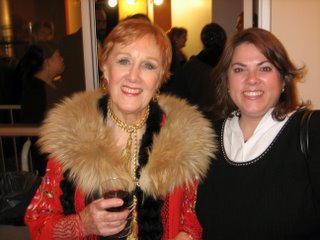 Well, it has been a while since they were on Broadway BUT they were there! Tonight I was treated to a concert at Merken Hall by Marni Nixon, Sarah Rice and Leroy Reams. 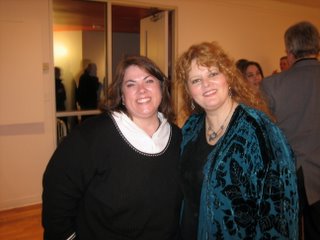 My friend Gene is Sarah's accompaniast and got tickets for my friend Maryann and me. How could I say no? The first thing that made my heart flutter was having to step over the Socialite Dujour, Kitty Carlisle Hart to get to my seat! Now of course, she's not just a socialite - this 90-something year old lovely lady was a Ziegfield girl in the 1920s and is still performing cabaret - a Broadway vet and the wife of Moss Hart. Oh my. Then it was on with the show. When you hear Anna singing in The King and I, Eliza singing in My Fair Lady and Maria singing in My Fair Lady, it's not Deborah Kerr (by the way the only one to admit it despite studio edicts and give Marni credit), Audrey Hepburn or Natalie Wood - no, it was MARNI NIXON! She was the ghostest with the mostest! The soundtrack to the King and I is my most favorite in the world and tonight I got to tell Marni how I adore that voice. She was even one of the nuns in The Sound of Music. She is a tad older of course, but still a great entertainer and has a lovely voice. The other treats were Sarah Rice - the original Johanna in Sweeney Todd - and Leroy Reams, who was in Sweet Charity, 42nd Street, The Producers, etc. All three have spent time in Broadway shows. Needless to say, I spent the evening smiling.
at 11:21 PM

So I am just browsing and I came across your blog. In my 26 short years I have met a few stars my self. Vanessa Williams when she starred as the witch in Into the Woods, Tom Wopat when he was in 42nd Streets, and Carol Burnett when she did a Book signing at the Big Barnes and Noble near Lincoln center. Feel free to visit and comment on my site.