The Woman Who Strayed 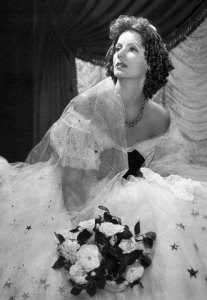 If you know Garbo as Camille in Camille or Kidmand as Satine in Moulin Rouge, then you know Violetta in La Traviata. It's the same terrifically melodramatic love story. It's the story with something for everyone - sex, deceipt, beauty, self-indulgence, poverty, guilt, illness, tragedy and death. Who could resist such a tale? The Met's current production of La Traviata has it all - glorious sets, rich colors, gorgeous costumes, a huge cast, beautiful people...well, it almost has it all - they forgot to cast the right singers though. For the first time since I've been going to the Met, I heard a singer's voice crack. I was astonished when the tenor 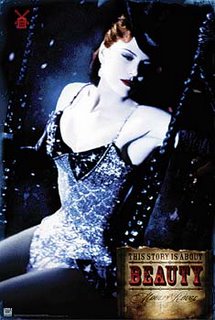 Kaufman playing Alfredo didn't make the money note - and yet there were still shouts of bravo. Why? There is no reason for me to expound on Sieglinde's right on the money essay about Gheorghiu's Violetta. The only thing I would add is Gheorghiu paid more attention to her endless Miss America-like curtain calls than she did the character. While I was glad to finally see a production of La Traviata, I was left with wanting so much more from Violetta and her story.
at 8:00 AM

The picture looks like Renee Fleming to me, not Angela Gheorgiu. Am I right?