A Hot Kickoff to Diva Month 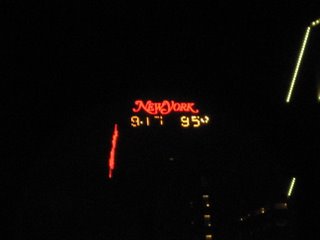 Today is the first day of Diva Month. And it's HOT. A real scorcher. All day today, Turner Classic Movies held Angie Day with screenings of Angela's best film role The Manchurian Candidate to maybe one of her worst If Winter Comes (her opinion - I happen to like it) and topped it off with Robert Osborne's marvelous interview with Angela. My DVR has been on overdrive. I also attended John Kenrick's Legendary Leading Ladies series at the York Theatre this evening where he concentrated on Angela's stage career. (Okay, so I could have lectured on this particular subject myself, but it was fun to listen to somebody who obviously loves her as much as I do.)

This Thursday, I'm headed for another adventure in D.C., this time with Sally in tow. We are being hosted by Dear Wanda. We'll be driving to Wolf Trap National Park to see Our Favorite Soprano, Renee Fleming. Darlin's, stay tuned for a full report, of course.

On Tuesday, Noah and I will be at the first preview of Mother Courage at The Delacorte in Central Park, thanks to a very generous friend. YES, IT STARS MERYL STREEP! Oh yeah, and some guy named KEVIN KLINE is in it too. I'll definitely fill you in on this later.

On Friday the 11th, Noah and I are heading to Chicago where we'll meet up with our like-minded friends to see The Patti in Gypsy at Ravinia. I've talked about this at length and I'll talk continue to talk about it, no doubt. Get over it.