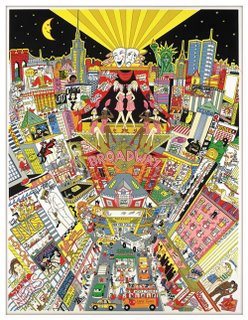 According to Noah, my Musical Theatre Advisor, these are the upcoming shows to add to the Must See List:

* The new musical GREY GARDENS - previews begin October 3, 2006 at the Walter Kerr (oh yeah, we're all set for this one)