Better Than Anything We Ever Dreamed?

Rumor has it that The Ambassador Theatre Group will produce Gypsy in the West End in 2007. Speculation is running amuck among the chatteratti on who will be Mamma Rose. Could it be Julia McKenzie who is doing in the Cardiff Festival (she's Mazeppa - but same production?)? Could it be Patti who triumphed as Mamma Rose at the Ravinia Festival in August? Could it be Bernadette since she was the last Broadway Mamma Rose and she herself brought up the possibility in an interview with Playbill back in 2004? Whoever she'll be, no doubt she'll be better than anything we ever dreamed. (A person in the know says it's Patti, but Patti says we'll just have to wait for an official press release.) 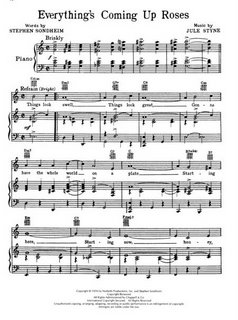