In addition to much food and drink yesterday, I managed to drag Kari and Sally with me to see the Stars and Treasures exhibit at the New York Public Library for the Performing Arts in Lincoln Center. You know I'm fond of treasure, so I "snucken" a few pictures. 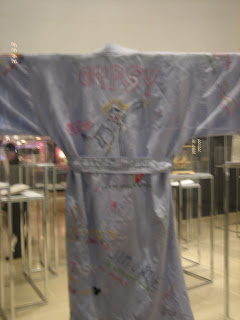 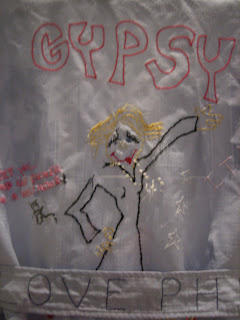 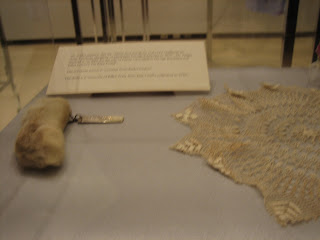 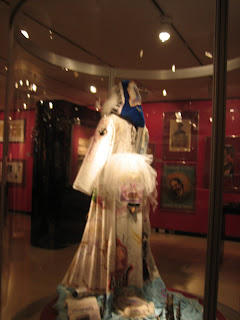 A poster from the 1949 Gentlemen Prefer Blondes 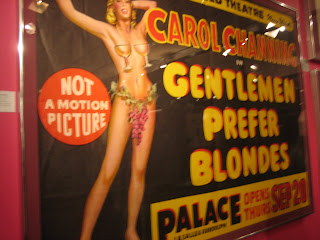 Patti LuPone's stolen costume jewelry from Evita, which was previously worn by Ethel Merman in the 1950 production of Call me Madam 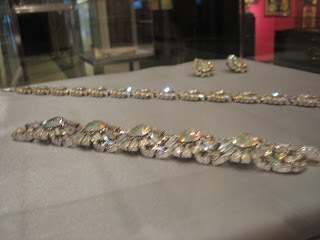 Audra McDonald's script from the 1994 revival of Carousel 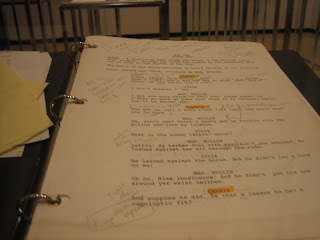