When this City Center production of Gypsy is over I'll be moping until I can see another production somewhere in the world, but in the meantime I'm loving every minute of it. And my goodness, it's thrilling to be in an appreciative audience. Last night, on Row D of the orchestra, my lucky seat 113 to be precise, we were amongst the cast of Ugly Betty, in front of Claire Danes and Hugh Dancy, by James Mitchell, and behind Marc Shaiman and Scott Whitman (who were also sitting by us last Saturday night). After a rip roaring and rousing experience in the house, we made our way to the stage door and positioned ourselves for success, thinking only positive thoughts that Patti would indeed grant us favor with an appearance. She did and she signed our mementos, which you know I feel very strongly about. We ran away gleefully to our nearby reserved postshow destination to recount every single minute detail of the evening. Just as Ravinia Bob, Gator, Zsally, Kari, Kristen and I were trying to decide which bottles of wine to imbibe and what to knosh, we realized that Patti herself had magically appeared at the table next to us, along with the aforementioned Marc, Scott and some other guys. Handsome Boyd Gaines joined Claire Danes and Hugh Dancy at a nearby booth. It's very difficult ordering wine under such circumstances but we managed somehow. Eventually, before things got completely out of hand, Ravinia Bob and Kari embarked on a caper that resulted in treating the Diva at the neighboring table to a very dirty martini. Can you imagine her drinking anything different? Somehow, we survived the evening and the barely escaped Diva Overdose and my memento is now hanging in its appointed place in the Shrine. 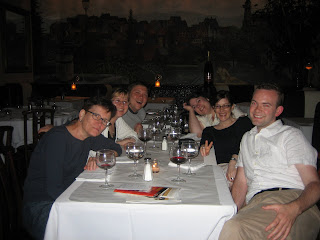 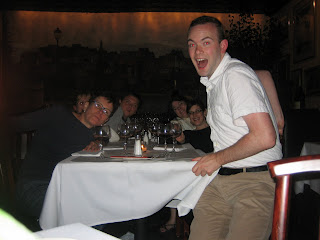 Ravinia Bob reenacts Patti's reaction to receiving her dirty martini, while Gator stands in for Boyd. 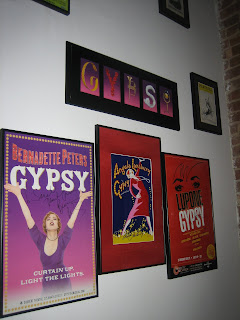 I love that Ravinia Bob in action. Priceless.

If that's not the most divalicious adventure, I don't know what is!

I love that VIDEO! And - it was so great to see you again. I hope the next time isn't a year away... :( (Insert Patti's trademark frowny face here.)

That was fun, did you get my message? What restaurant did you eat at? i want to make you famous!