Oh, Elvis. I can't believe it's been 30 years since the King died. Do you think he's really still alive? Who knows...but I still love him. One of my favorite movies and soundtracks is Elvis' Blue Hawaii. I hijacked the record album from my Dad's collection and I still have it. I've seen all of Elvis' movies, but that one is definitely my favorite. Well, it's about my birthland! Anyway, about ten years ago, when Robin was doing her residency in Tulsa, OK, we decided to road trip across the Oklahoma border into the Ozarks of Arkansas. Well, it was extremely boring. So we kept driving to Little Rock. There was nothing to do there either so when we discovered in the Road Atlas that Memphis was only about 140 miles east from Little Rock, off we went. It was an adventure for sure. We arrived in Memphis after dark and after driving around for hours, so finally, tired and lost, we settled on a motel near the airport. When I woke up in the morning and looked out the window, there was cause for alarm. We were checked into a no-tell motel. Robin, wake up! WAKE UP! We have to leave here immediately. So we did leave. Finally we found downtown Memphis. We went to The Peabody Hotel and saw their ducks. We went down Beale Street and saw Sun Records. We had a giant Southern fried breakfast complete with grits (in the South, you don't order grits, grits just come). And then we pilgrimaged to GRACELAND. It's quite a place. It wasn't huge or even that grand, but it was preserved circa 1977. Nothing has changed, except that there are mourners and curious visitors everywhere. The outbuildings full of his memorabilia are more impressive than the house itself - there was one room that had all of Elvis' gold and platinum records. We had quite a time there. That's a road trip I'd do over any time, just not the no-tell motel part. 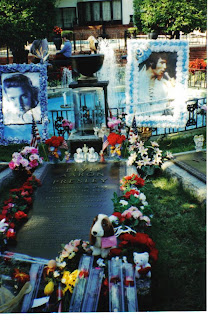 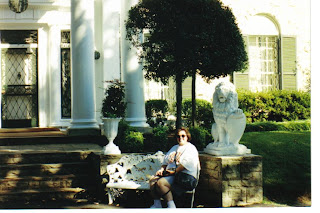 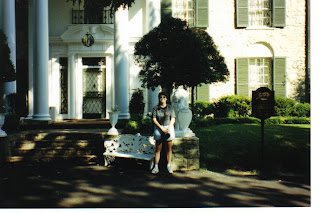 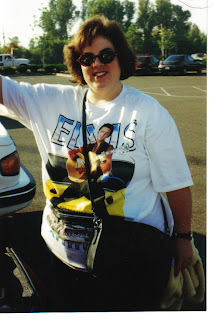 I love Elvis too. I posted my favorite song on my blog yesterday. Guess what Patti Lupone and Mandy Patankin are doing a run in Philly. I hope you are going to come down to see it.