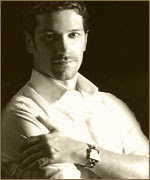 Playbill reports that baritone Paulo Zsot will cross over from opera to musical theatre as the French plantation owner Emile de Becque in Lincoln Center Theater's revival of South Pacific in 2008. 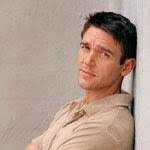 According to PlaybillArts, Nathan Gunn has withdrawn from the Met production of Roméo et Juliette for five performances in September and October due to illness. Too much headbanging?
at 5:14 PM

Oooh, what a great picture... now what were you saying about him?? ;)