The dress rehearsal of Lucia di Lammermore was perfect today. We arrived at 9:00 and browsed the displays, chatted with Cecilia Brauer about her glass harmonica that has our Auntie Sieglinde so excited, and then watched short clips from the HD broadcasts in List Hall. The house inside was packed for the dress rehearsal. This was my first Lucia and I had high expectations, both of the story and of Natalie Dessay in the title role. I saw her in the Met's Romeo & Juliette on March 1, 2006, and was blown away by her beautiful performance. I was not disappointed today. She is absolutely perfect. She managed to bring lightness to a dark production, both vocally and physically. She practically floats on stage, even when she is covered in blood and running around as a crazed killer. I was expecting a lot of this mad scene that everybody is always talking about. It wasn't quite as intense as I had heard, maybe it was because it was dress rehearsal, or maybe it was just high expectations on my part. However, I loved the story although it left me feeling a little crazy myself. Come on! When will these girls learn? He doesn't write, he doesn't call...you let yourself get duped into marrying somebody else...voila, of course, he shows up. Too little, too late. OH well. My favorite parts of the day were seeing Jo Anne Worley, who restrained herself from hitting any of her own high notes, and the young 20 somethings behind us who squealed, "Oh my God, he is sooo cuuute," every time Maestro Levine took the podium. Only disappointment, despite the setting being Scottland, the many opera hunks onstage weren't costumed in kilts. 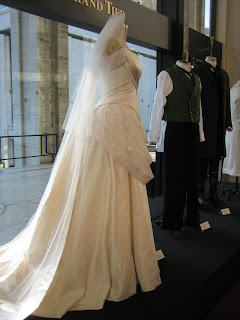 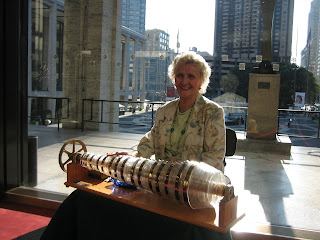 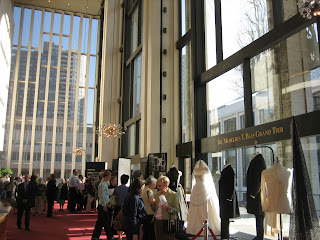 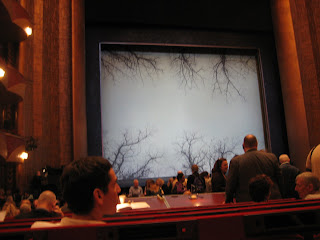 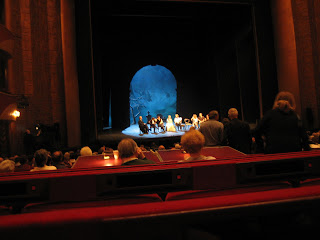 Wow Sarah! What a review! I was there, too, and it rawked. Great video and images!

Levine was indeed in high spirits and in great form, don't you agree?

Dessay is a goddess, always a pleasure to watch. I honestly find Lucia a pretty boring opera (save the mad scene, of course) but she made it fly by.

thanks for reporting and such great media!!

I have no idea what this post is about, but I do know that you are standing onstage at the Met, and that is fucking awesome. You go, girl!!!

Am I reading that right? There were 20 somethings who were squealing that LEVINE was cute??