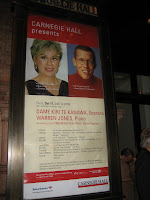 Tonight: Kiri and her sidekick Flicka at Carnegie

A very elegant Kiri dutifully and precisely gave us Mozart (Die irh des unermesslichen Weltalls, K. 169), Richard Strauss (Standchen Die Nacht, All mein Gedanken, mein Herz und mein Sinn, Morgen (ever so delicate and very down tempo), Zueignung), Henri Duparc (La vie anterieure, Chanson triste, Phidyle) and Francis Polenc (Voyage a Paris, Hotel and Les chemins de l'amour). She was in good voice and wore a pale blue strapless gown that was covered in sparkling jewels. She wore diamond drop earrings and was sheathed in a bright blue silk wrap. Then she knocked out the audience when she emerged in a sparkling black off the shoulder number, that was cut up to there, for another set of English language songs. This is when she started having fun. She brought up the subject of her farewell tour that has been talked about so much as of late and called the set "on the way to the grave" songs (loose quote). She gave us Heggie's Final Monologue from Master Class (text Terrence McNally) which was introduced to her by her friend Flicka. Then, with humor and clarity, came Britten's Evening, Copland's Why Do They Shut Me Out of Heaven?, Wolf-Ferrari's Rispetto I and Ripetto III, Puccini's Sole e emore (Mattinata) and Morire?. She threw in a song that had just came to her but I didn't hear the name of it and can't find a reference to it online. (Anybody else remember it? Sally?) The audience was wild for her. Then there was the ultimate treat for a clamouring audience, Frederica von Stade, aka her BFF Flicka, who had just flown in from Vienna joined her. Kiri changed to the burnt orange silk suit that you see in my pictures, while Flicka looked regal in black and gold. They gave us a duet from Così Fan Tutte, Porter's True Love and finally delighted us with Rossini's hilarious Cat Duet. Flicka paid tribute to Kiri about her more than 30 years of performing although the words didn't float the top quite clearly enough. 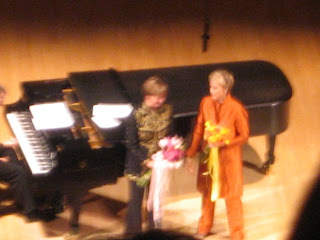 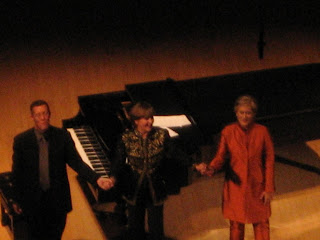 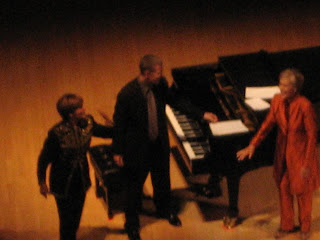 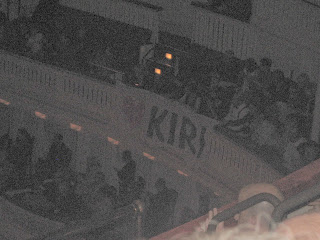 Lucky. It's my dying wish to see Kiri live.

I saw her that night, and oh boy she realy did capture her audience. Just wish she'd comeback at Carnegie Hall. :-)