On Saturday, I saw the Met HD Broadcast of MacBeth with Sally and then a few hours later, I caught an encore Susan Graham's performance of Berlioz's La Mort de Cléopâtre at the NY Phil with Noah. The performances were so brilliant, so fabulous and so overwhelming, it just about did me in. I still haven't recovered from Maria Guleghina's Lady MacBeth. Her acting was organic, her voice was thrilling - she is the very definition of FIERCE. I loved the whole cast. (I would like to see it again in the House...Sally? Anybody?) 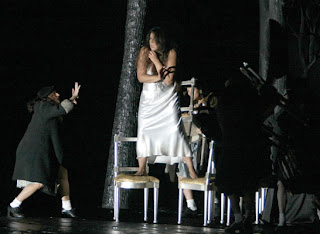