Another Gypsy with Patti; Where to next? 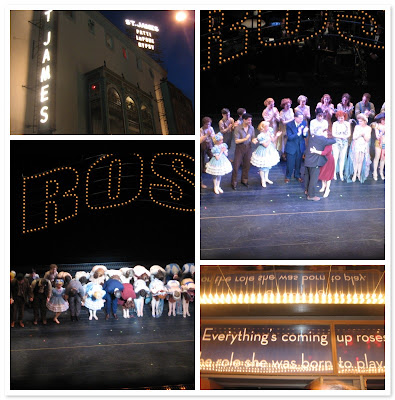 This was not just another opening night for us; it was a bit of a celebration. Four out of five of us have been together for three different turns by Patti in Gypsy - Ravinia, City Center and Broadway; one of us took in at least City Center and Broadway; two of us caught the first preview at each venue; two of us caught the final performance at two venues; two of us have seen Patti in Gypsy nine times, soon to be ten. Whew, I need a graph. We wondered if maybe we'll take her to the West End next. (You! Get your passport!) There was much merry-making both pre and post curtain. One of us witnessed red carpet arrivals by Angela Lansbury, Laura Linney, Mandy Patinkin, even Corky! Then there was at least one of us (not me) who did some schmoozing in the orchestra lobby during intermission (He talked to my favorite Broadway Diva!) Finally, we did some post-show partying next door at the St. James at Angus McIndoe's. We saw friends - Motrya! Kate Buddeke who is about to be doing a play at the Public! and some who are not friends but we acted as if we know them - Laura Linney, Martha Plimpton, Matthew Broderick, John Targalia, Andre Ward...and oh, yes, STEPHEN SONDHEIM! One of us (not me) left our dinner party to go to the party where Patti was, but that didn't keep us from reveling on way into the wee hours. Ah, just another opening night with my crew of first nighters. And yes, the show was spectacular. 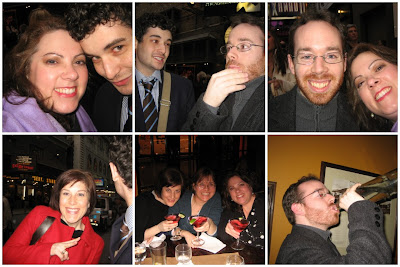 Check out my myspace for pics of Lansbury!

the best night of my life...

well one of, anyway