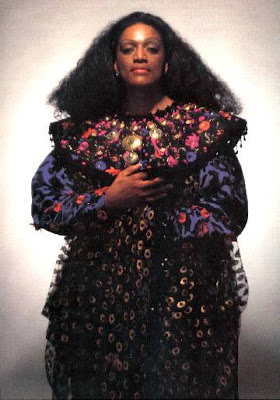 I almost can't believe that I'm seeing Jessye Norman at Carnegie Hall tonight. In 1993, two of my aunts went to Washington D.C. to the dedication of the United States Holocaust Memorial Museum because one of them was the good friend of one of the developers of the Holocaust Museum project. Jessye Norman sang at the dedication. The other aunt was newly divorced and going through a lot of change in her life. She was very affected by Jessye's performance. She went so far as to buy a giant poster of this image of Jessye and put it up in her house, which only disgruntled her family. She did it because she saw her own freedom in Jessye's pride and regalness. I'll never forget the way that poster looked in her house or the reaction it garnered. Shall we say, some of our family are not the open-minded types on many levels and they certainly didn't know anything about classical music. I was so proud of my aunt for this practically civilly disobedient break from our family. I was living in Austin at the time, struggling with two jobs and learning to assert my own independence in thinking and everything else. My aunt and I bonded and discovered that we had much more in common than just genes and the same nose.

We expected a big 'ole spiritual as an encore, instead the entire performance was a spiritual experience. Her power is incredible, but her quiet voice is astounding. I thought I would die from the chills I had the entire evening. There were endless encores with three songs. 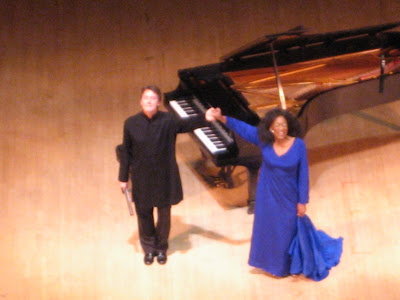 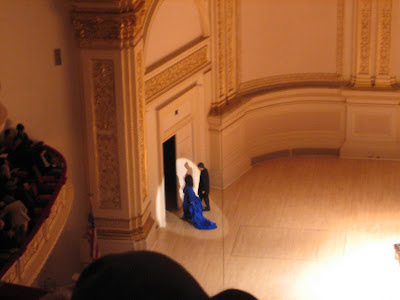 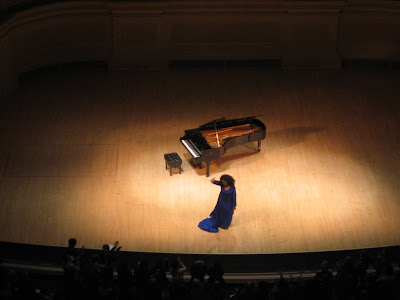 What a beautiful story.

Wow, what a terrific story behind the story. I can see where you get those amazing-aunt genes! Have a wonderful time tonight.