A Little Night Music at Tanglewood 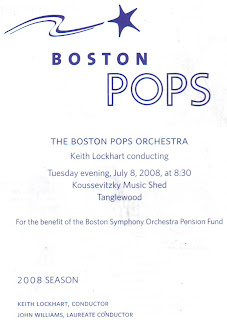 A Little Night Music with the Boston Pops at Tanglewood was absolutely terrific, honestly. It was strictly a minimally staged concert that featured Christine Ebersole as Desire, Ron Raines as Frederick and Bobbie Steinbach as Madame Armfeldt. The rest of the roles were filled by young artists from the Tanglewood Music Center Vocal Fellows. The Pops were glorious - I have never heard that score sound so incredible. In the first act, Christine, looking ever glamorous in the same gown she wore at the 2006 Kennedy Center Honors was channeling Little Edie with a touch of Glynis Johns, which was quite forgivable. Ron Raines was adequate, handsome and believable with a nice voice. Bobbie Steinbach was as about as perfect as anybody could be in the role - she nailed it, in both line delivery and vocal performance, even if she is about 20 years younger than the character. Christine's Send in the Clowns was arguably the most beautiful rendition ever. EVER. EVER. EVER! Worth the cost of the gasoline, rental car, tickets, tolls, snacks, vacation day from work? Absolutely and then some. Tanglewood is far more rustic than Ravinia, but it was still lovely. The only thing missing was Ravinia Bob, as Kari ruefully pointed out. The Berkshires were beautiful and I now know why Sweet Baby James loves them. Kari and I broke in our newly issued New York State Drivers Licenses with no problems in the rental car. On the way up, we stopped in Peekskill for breakfast and visited with The Theatre Afficionado for about 20 minutes. Kari pointed out that Peekskill was the home of Mrs. Garrett and the girls in Facts of Life! I also saw Bernadette perform there at the Paramount a few years ago. Other than seeing Austerlitz, both new and old, one too many times and taking the Sprain instead of the Saw Mill back into Manhattan, we had no problems. Sally counted 1,000 deer in the headlights on the way home via the Taconic Parkway. Overall, it was a great adventure and I'm looking forward to doing it again some year. For now, I have to concentrate on finding a production of A Little Night Music to see this fall...damn it, it's been 35 years since New York has had its Night Music on Broadway. What in the heck is holding up a New York revival? The time is now. At the rate we're going, Kari and I will be visiting productions in every state on the Eastern Seaboard... 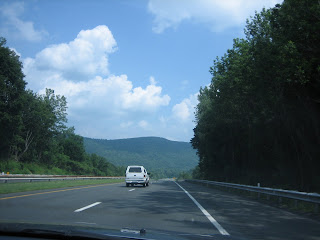 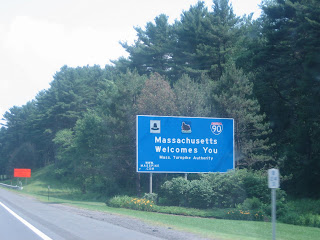 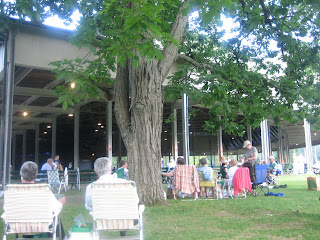 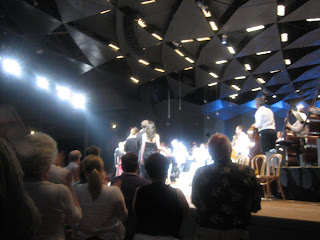 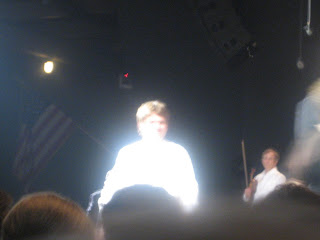 PS Don't you think Keith Lockhart looks angelic?
at 8:33 AM

Aww! I listened to the radio broadcast last night a bit in honor of your travels to Tanglewood.

Question: did they truncate the overture and play it at a rabbit's pace as they did in last month's broadcast? That was a major disappointment.

Ebersole sounds perfect on paper as Desire, and I'm glad she delivered.

Hopefully tonight, you'll get a little night sleep... I'm jealous and wish I could have joined you!

So, no Mary Louise Wilson, huh? I guess it was a bit more than a "scheduling conflict" that kept her from both performances.

Lovely to see you on Sunday, my dear. Looking forward to many more of the same.

Re: "For now, I have to concentrate on finding a production of A Little Night Music to see this fall"

The Shaw Festival at Niagara-on-the-Lake is doing Night Music till October 4th. Has received good reviews in the Toronto papers.

it was. a veryfine. road trip. thanks, driver!

rivB: "Desire"? i love your fingers.

Slightly jealous. So glad you enjoyed it though. Tanglewood is such fun. :)

Ha - well, SarahB made the same error. so pbbbbt.

So glad you had such a great time! Chelsea and I will be roadtripping up to see Renee on August 2! Will you be coming too? :)

Could you let me know if you have any suggestions for restaurants/attractions? We will be there for the weekend and I've never been there before. SO EXCITED!!!

I was actually able to view one of Ron's shows...Bravo! Loved it!