The Broadway Flea Market is one of the best days of the year! It's always a chance to run into friends, search for treasure and spend money for a really good cause. It's definitely a day that the famed Broadway community really pulls together.

The "Tosser" is Hunter Bell, who must be explaining something Barrett Foa, who helped around the [title of show] table all day. 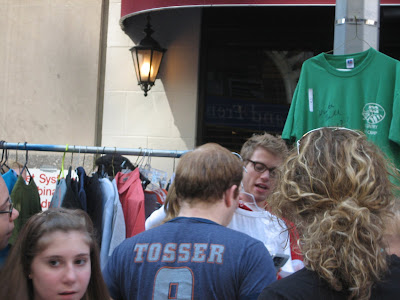 This dude walked around with the 'shroom all day. 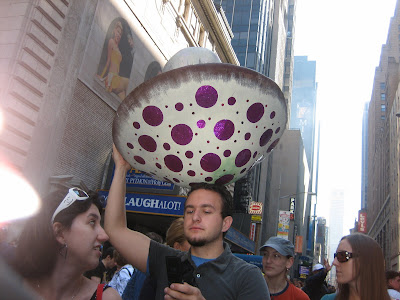 Mom assisted with my treasure hunt. 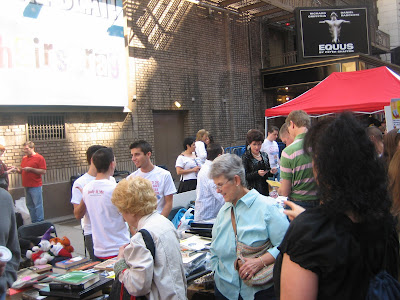 Goodbye to Blueberry Pie at the Gypsy table! 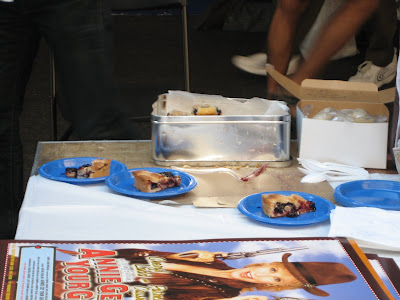 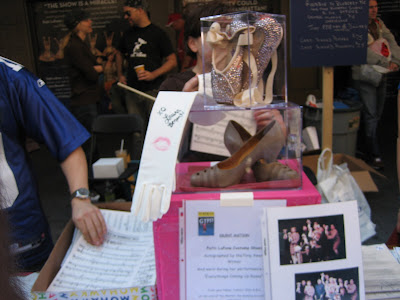 Harvey Evans offers a signed window card of West Side Story - he was in the original cast! 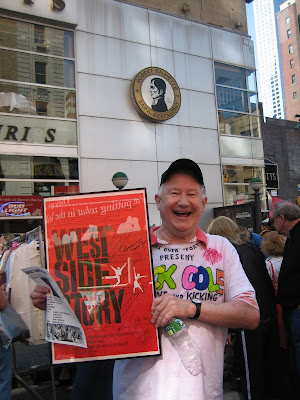 Kelsey Fowler was still giving her all at the Grey Gardens table, but she's becoming a little gypsy in her third Broadway show Mary Poppins. 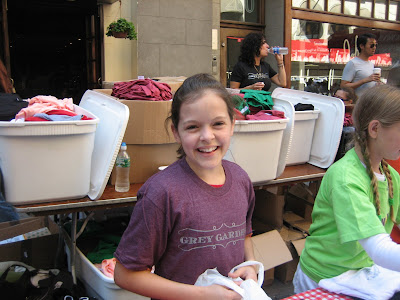 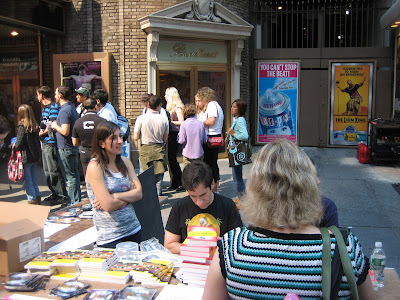 Don't you think I really need this Countess Aurelia bear? Maybe next year. 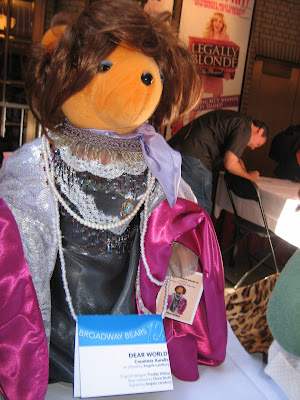 Bernadette wasn't here this year, but she sent Broadway Barks along! 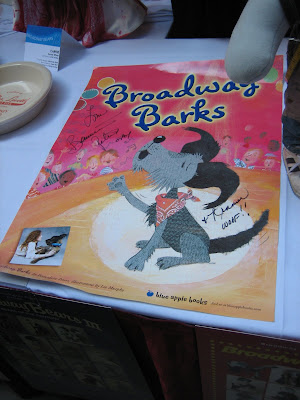 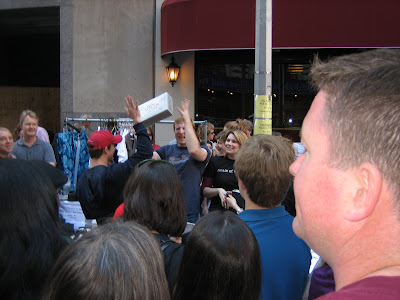 Priscilla Lopez, Mandy Gonzalez and other In the Heights cast members were doing a brisk business. 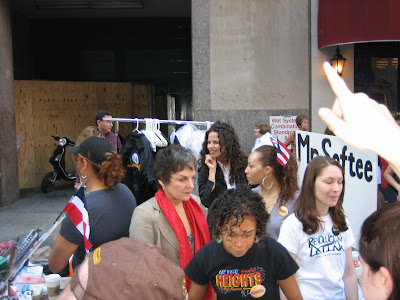 I'm not sure what this doll is doing, but at least she's dressed for Xanadu. 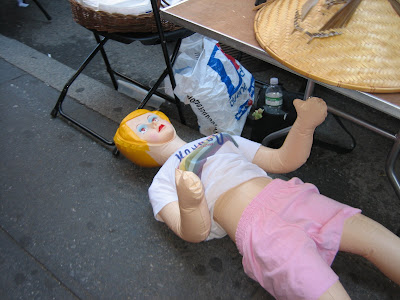 We were having a lunch break at Angus McIndoe's when Marian walked by on her way to do her duty at the photo booth. 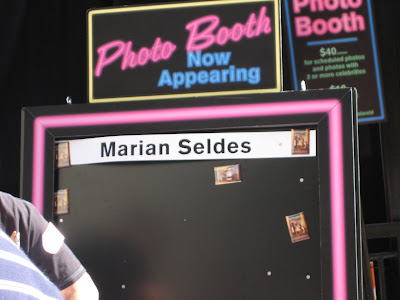 Wow, this looks like an incredible amount of fun! I'm sure I'd come home with a bundle of stuff.

How fun!! I would definitely spend too much money!

Did you bring home any finds?

So bummed I couldn't make it this year...

Incidentally - guess what it was that I bought LAST year at the Auction? The show card for A FEW GOOD MEN... LOL

HH, darling, if you click on the hyperlinked "search for treasure" you will find my playbill database.