Showtime at the Apollo

Elvis Costello has a new show called Spectacle, an episode of which he taped at the Apollo Theatre in Harlem last night. It's an interview and performance show that will begin airing in December. Check your local listings, but in NYC, it will be on the Sundance Channel and in the UK, it will be on Channel 4. I was heretofore not a fan of Elvis', but I jumped at the invitation to go because Renée Fleming was one of the guests. Rufus Wainwright and Bill Frisell were also on the billing. Rufus' mom, folk singer, Kate McGarrigle, also made a surprise appearance. Now listen, I never liked Elvis. My friends Darla and Jamie have been trying to turn me on to him for 30 years. I think I admitted one time that he was a good songwriter just to shut them up. A few years ago, I went to a taping of Regis & Kelli's Live and he performed some horrifying song. Let me just say, I walked out of the Apollo last night with a tremendous respect for this man. I don't see myself rushing out to buy his albums, but I will definitely pay more attention to him. He is undeniably a renaissance man. He managed to weave talk of and performances of genres of opera, classical, jazz and folk together in a beautiful mosaic that made everything feel connected.

Kari and I arrived at the Apollo on 125th Street in Harlem after 6:00 and met up with Khaleem there. At first we were a little confused about getting tickets as we didn't seem to be on any list. We were given seats in Row U of the orchestra. I am not one to look a gift horse in the mouth, so I didn't complain, although I was worried that we wouldn't be sitting with Renée's other guests. We were told to come back at 7:00 so we sojourned to the Starbucks down the block. When we went back, we saw Renée's lovely assistants, so we checked in with them and were upgraded to VIP tickets. My friend Michael Stinchcomb was there. Rest assured that I was confident he would be because he, of course, also has impeccable taste and is often where I am. Also in attendance were Renée's daughters, brother, her perfume designer and a smattering of her fans and friends.

When we arrived at our row, there were no seats with our number on them. They had been removed to allow for wheel chair seating, but the staff came in and brought three seats just for us. That turned out to be unnecessary because the house wasn't quite full and they began moving everybody down to empty seats. Kari and I ended up on the aisle seats of center row B. Khaleem was about 10 rows behind us. It could not have been more perfect. After some instructions on how to applaud for the taping, Elvis opened the show with a song of his own. He was then joined by Bill Frissel in a lovely rendention of "If I Only Had a Brain." Rufus Wainwright then came out for an interview. They talked about Rufus' background of growing up in a folk singer family, his love of opera and influences of classical composer and Judy Garland. He's writing his own opera, Prima Donna, which will premier at the Manchester Festival next year. At the piano, Rufus sang part of Jeff Buckley's song Hallelujah. I knew who he was but had never heard him sing. His voice is soulful and beautiful. I was so surprised and delighted. An accompanist came out and Rufus sang one of his own songs, although I didn't catch the title of it. I just know I loved it. He is a beautiful man and quite funny as well, and I just loved gazing at him.

Elvis then welcomed Renée out for her interview. She was dressed in black jeans and a funky blazer that was half classic and half tails. Of course, she adorned herself in elegant bling. She looked more fit than ever and just absolutely gorgeous. I know Renée is smart - somebody recently said that she is one of the geniuses of our times and I have no argument with that. I love that she is a musician and not just a singer. She loves all music and studies it for both work and pleasure. She talked about preparing for roles and how the voice works. Then she sang vissi d'arte! The audience, some Elvis fans and some Rufus fans, clearly fell for her and she had to come back out on the stage twice for bows. The Apollo will probably never be the same.

Elvis then brought Renée and Rufus back out. He talked to both of them about opera and classical influences on all music. Rufus sang a Berlioz piece that just about took my breath away. He did not hesitate to tell Renée what it meant to him to have sitting on the stage with him while he sang. They talked about Rufus opera and the changes in use of language - singing in English versus other languages. It was interesting to hear that Rufus has played some of his opera for Renée, of course with the hopes that she would perform in it. Elvis talked to Renée more about her early jazz influences, which segued into her album Haunted Heart. Bill Frisell, who also collaborated on that album, accompanied Renée in Answer Me. Renée's voice just transports me to some place of this world.

Elvis invited Kate McGarrigle to the stage for a song, Kate and Rufus sang while Kate played banjo and Elvis and Bill Frisell accompanied on guitar. I didn't catch the name of the song, but it was one of the beautiful and sad folk songs about love and loss. Renée then joined all of them for a gorgeous rendition of "In the Pines." She used her low voice and only took top notes on harmony.

The final song was Elvis'"The Scarlet Tide", which he co-wrote with T-Bone Burnett for the movie Cold Mountain. They each took a stanza and joined together in stunning harmony on the chorus. I won't forget the chills at the back of my neck or the lump in my throat.

The entire evening was unexpected joy. I knew it would be worth it to be there because any chance to hear Renée is special. I love any adventure that I can be with friends, see other people I know and meet knew friends - it's always the cherry on top. I just didn't know I would be so entertained and so informed and so completely swept away by gorgeous music. 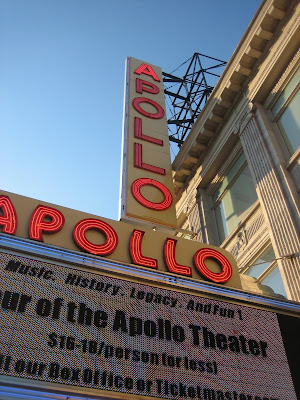 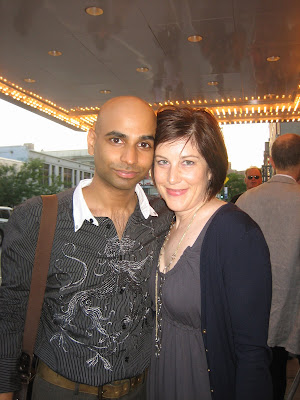 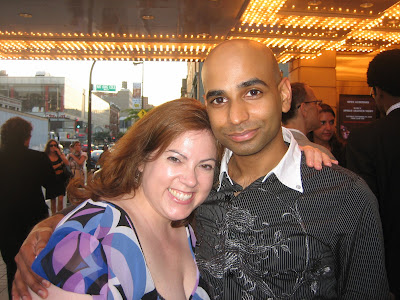 Brava! Such a memory you have; it's like being there all over again (except this time we'll have the benefit of actually being able to watch it again!). What an amazing night, to see all those performers on one stage together. Truly another unforgettable evening with you & Khaleem.

(btw: The first song Rufus did was "Memphis Skyline," which he wrote in honor of Buckley. The second was "My Phone's On Vibrate For You." He didn't actually perform "Hallelujah," which was unfortunate, because it's so lovely.)

You all look so lovely! Sounds like quite a night!

Thanks Teach! I knew the first song had the words hallelujah in it and was for Jeff Buckley, but I didn't know the name. It's so gorgeous. And now I also remember the second one because how could I forget a lyric like that? Wow, what a night! Thanks for going with me, Pal!

Also, I decided since Khaleem won't show his teeth in photos, I won't either. Although you will note I still can't stop myself from smiling, which is a trick he has perfected. Dammit!

Lovely, lovely post :) I was in row H, by the way - excellent view!

A small amusing thing I noticed - Renée mentioned (as she often does) Sarah Vaughn as an influence - and I noticed Vaughn's name inscribed on the left wall of the hall - the only name mounted in there, as far as I could tell. Cool coincidence. :)

Can't wait to see how this transfers to TV..the live experience was extraordinary.

sounds amazing. I hope I can find it on a tv channel

What a splendid evening!!! Thanks for sharing your Adventures with us. :)

This is a beautifully written review of the Apollo taping.

Rufus seldom plays his ode to Jeff Buckley. I hope that the segment he did will remain in the tv show.
It is unfortunate that you didn't get to hear the whole composition.

There is a complete video recording of Memphis Skyline, on youtube. If links work on this blog, you can find it here.

Seldom has a tribute from one songwriter to another been so beautiful.

Thank you for sharing this wonderful experience.