The Best Celebrity Neighbor Of All

Living on the Upper West Side of Manhattan affords me plenty of celebrity sightings - Dustin Hoffman, Kyra Sedgewick, Kevin Bacon, Joyce Randolph and a host of Broadway and Law & Order actors. But my most favorite celebrity is my next door neighbor, a lovely black Labrador retriever. This black lab inspired the book series about Randolph, the hero of A Dog About Town . So far, the series, by J.F. Englert, includes the original A Dog About Town and A Dog Among Diplomats , with more to follow. These mystery stories are delightful. Randolph is a typical New Yorker - funny, cynical, irreverent, intellectual and of course, elitist. Of course, he has his foibles and struggles, impatience with his owner and overeating to name two. Don't tell Dexter and Tracy, but I have a thing for dogs. Not all of them, mind you, but certain small fluffy ones and ones who are obviously characters. The books are also set New York City, which I love. Randolph lives where I live and I just adore recognizing the descriptions of some of my haunts. Most of all, these are good, intriguing mysteries without any harshness. Think a cross between Jessica Fletcher and Mickey Spillane. A Dog About Town is even published in Italian, German and Japanese! When Randolph isn't enjoying dinner or a walk in Central Park, he finds time to blog at The Intelligent Dog’s Guide To A Troubled World where he shares his point of view and points out the news most important to his species. He's also using his station in life to support advocates for no-kill animal shelters! The best thing about this celebrity sighting is that Randolph is never shy about being spotted and never hesitates to greet me with lots of hugs and kisses! 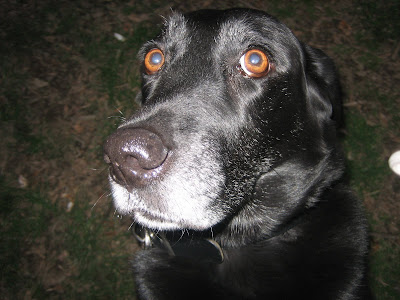 So cute! I adore that he combines your two favorite ladies - Berndette with the no-kill shelters and Lansbury with the Murder She Wrote-ness.

yup, still jealous of your life.

What cutie! I want to meet Randolph and join him for some adventures.