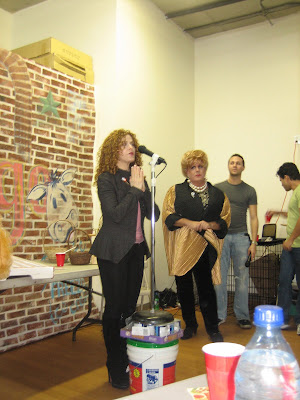 We went out to Brooklyn tonight for bingo benefiting the Brooklyn Animal Resource Coalition, i.e. BARC at the My Two Dogs, Inc. on Manhattan Avenue. I so rarely venture to the outer boroughs, but this was for a good cause I couldn't miss. Guess what? I won the first game! The Daily News even took a picture of me. I also won a second game. Sybil Bruncheon was the hostess and fabulous ball caller. Assisting with the ball cage and calling was Jeffrey (pictured in the fabulous gold lamé standing next to Bernadette). When he was twelve years old, he was a replacement understudy as Patrick in the original production of Mame under Ann Miller. Wow. He's now a costumer. Bernadette Peters called a few games, which was a riot - she never played bingo in her life. She asked me, "Sarah, are you always so lucky at bingo?" I responded, "Well, I don't know because I haven't played bingo in thirty years, but honestly I'm lucky at everything." Anyway, I didn't hear the final tally, but probably somewhere in the neighborhood of $1,000 was raised for the no-kill, privately funded animal shelter. 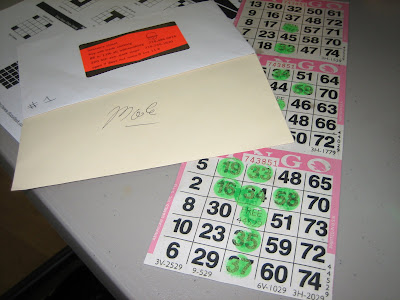 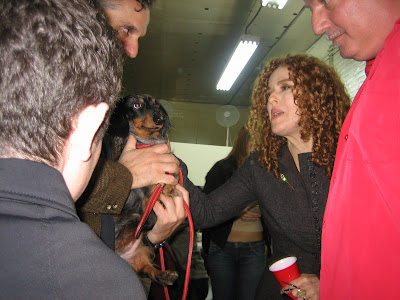 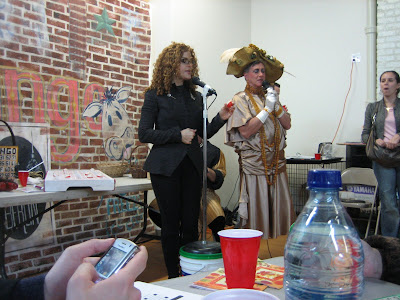 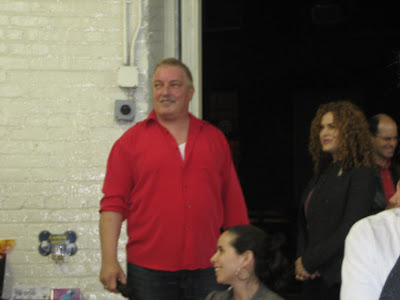 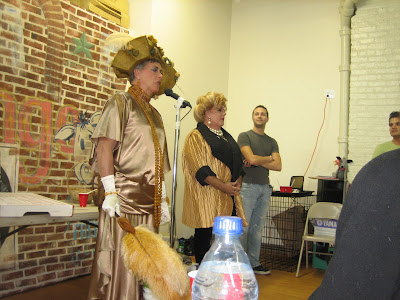 Who called the games you won?

NHimmelstein said...
This comment has been removed by the author.
3:30 PM

Bernadette Peters calling out numbers in a Bingo game. Now THAT is quite possibly the funniest thing I could imagine her doing.