Costumes on Display at the Performing Arts Library 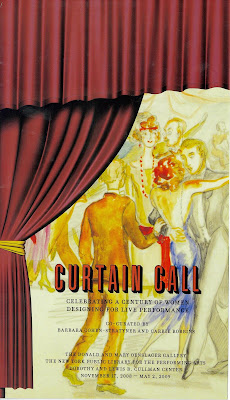 At the Donald and Mary Oenslager Gallery, the League of Professional Theatre Women and the New York Public Library for the Performing Arts are presenting a beautiful exhibit Celebrating a Century of Women Designing for Live Performance. The exhibit features videos and scenic design renderings and best of all of a number of costumes worn in operas and modern musics. My favorites were: