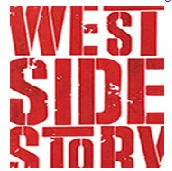 West Side Story made its world premier at the National Theater in Washington, DC. Tonight, over 50 years later, this masterpiece gets a new revival, and begins again at the National Theater in Washington, DC. The revival runs there until January 17th. It comes to the
Palace on Broadway in February. NPR's Susan Stamberg talked to Arthur Laurents, who wrote the original book and is now directing this revival, and other cast members on today's Morning Edition. Yesterday afternoon, PBS aired the 1961 movie of West Side Story. I've watched it dozens of times and it never fails to move me. This is a revival that I am thrilled to see.

Email ThisBlogThis!Share to TwitterShare to FacebookShare to Pinterest
Labels: Sondheim, West Side Story

You and me both, girlfriend!