Good Lord, I'm glad I didn't take pictures at the Next to Last Gypsy Tonight

Are you kidding me? Patti was fiercer than ever. She stopped the show with Rose's Turn. Really. Literally. Really. Some dude in an orchestra seat was taking pictures and she stopped in the middle of Rose's Turn and let him have it and then refused to go on with the show until he was removed from the theatre. She proceeded to give a lecture ("How dare you? How DARE you?") At once, it was frightening, yet thrilling. It brought down the house. Patti LuPone, she just keeps on giving. She did go on with the show with no less fierceness or tenancity. So, no curtain call pictures from me, because while I'm usually brave, I had nothing but fear and reverence for The Patti and do as she says. I heard that it had happened before and I didn't believe it. But it really did happen tonight. I cannot tell a lie. Girl Scout's Honor.

Steve on Broadway ("I didn't look her in the eye"), Doug, Leah ("You mean that wasn't part of the show?" and "Hey Kari, I got Patti's signature!") and Chelsea ("Holy bleep, she's fierce.") and I met up with Kari and we went to Angus McIndoe's after and relived it all over and over and over. We met Matty Price at Angus' and he's just too cute for words.

After we closed Angus' down, we went outside to find the cutest and most dedicated students ever camping outside of the St. James for tomorrow's last show student rush tickets. They told us that Patti came out during the first act and yelled at them that they're crazy. Then Laura Benanti came out in the cow costume and told them that she ordered a pizza for them. She signed the pizza box too. Now, that's super awesome. On all counts. Damn it. My last Gypsy. For a while, anyway. 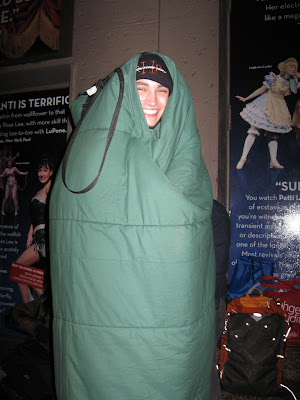 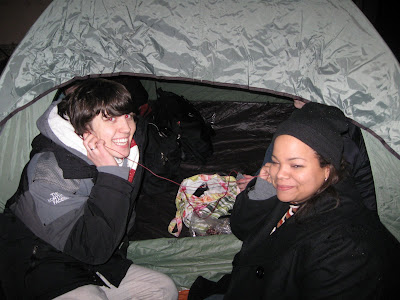 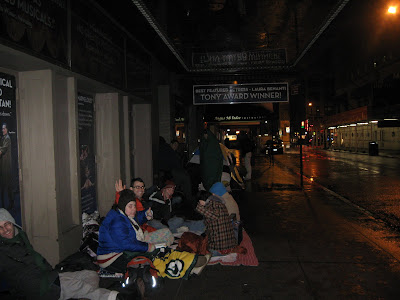 OMG, that is such a GREAT story!

i was there last night too! it was fantastic - i couldn't stop cheering for her. ended up being the best rose's turn ever...

Wish I could've been there to watch Patti let the dude in the orchestra with the camera have it! Woo-hoo! Go, Patti, Go!

Well, she certainly knows how to make a point! Wished I was there!

for shizzle.
I'm scared of Patti just reading that!

I recently came accross your blog and have been reading along. I thought I would leave my first comment. I don't know what to say except that I have enjoyed reading. Nice blog. I will keep visiting this blog very often.