Toward International Peace Through the Arts 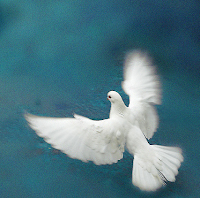 I occassionally take a long lunchbreak to attend poetry readings presented by TIPA, at St. Peter's Church, 619 Lexington Avenue at 54th Street. It's a rare time of quiet and reflection for me and reminds me to think past my own life of pursuing fun and entertainment. TIPA is Toward International Peace Through the Arts. TIPA was founded by Stanley Tannen. Mr. Tannen began organizing readings in 1972. In 2006, the president of the United Nations Society of Writers nominated him for a Nobel Peace Prize. Robert Cashill of Between Productions describes TIPA:

The TIPA Project brings honor and respect to New York by demonstrating to people throughout the world that our city and nation care deeply about the peoples of all nations and that we can, through an “international conversation” by way of free public programs, the Internet, and other means of worldwide communications, reach out to each other in peace, understanding and goodwill through the sharing of our cherished literary, artistic and cultural heritages.

On January 26th from 12:30 to 2:00 pm at St. Peter's Church, TIPA will celebrate the inauguration of Obama with "Poetry and Prose for Our New President." Readers will include Eli Wallach, Anne Jackson, Richard Griffiths, Marian Seldes, Ronald Rand, Charles Turner, Frances Sternhagen and other special guests

Photo originally uploaded by NaPix (Paix)
at 7:56 AM

Email ThisBlogThis!Share to TwitterShare to FacebookShare to Pinterest
Labels: Toward International Peace Through the Arts

That sounds really inspiring....I'll be there in spirit!