We will actually be seeing the Real Helen Mirren! 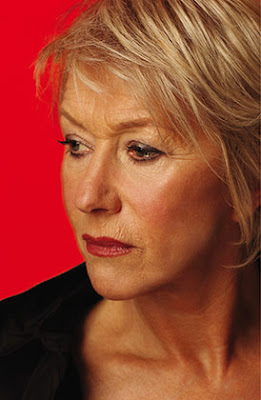 I have a ticket to the Shakespeare Theatre Company's presentation of the National Theatre of Great Britain’s production of Phèdre by by Jean Racine in a version by Ted Hughes at Sidney Harman Hall directed by Nicholas Hytner on September 26, 2009. I'm going with a gaggle of really cool girls too.

It is the sole American engagement of the National Theatre of Great Britain’s production of Phèdre and features Academy Award winner Helen Mirren!!! Artistic Director Nicholas Hytner is directing a superb cast, including Dominic Cooper (!) and Margaret Tyzack, in Ted Hughes’ adaptation of Racine’s epic tragedy.

The synopsis: Believing her husband to be dead, the passionate Queen Phèdre allows her forbidden love for her stepson to blossom. When the King returns from war very much alive, the entire family is catapulted into a desperate, impossible situation.

How flippin cool are we??? This is going to be terribly exciting!!! Now we need to get Leah on a countdown. :)