Poetry and Prose About a President 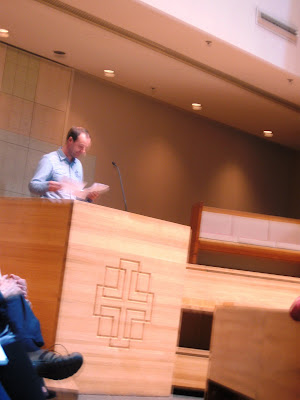 As planned, I spent my extended lunch hour on this May Day at Saint Peter's Church listening to poetry and prose. Every few months, Stanley Eugene Tannen gathers actors and other readers to participate in his TIPA Project (Toward International Peace Through the Arts). Today's program was an Homage to Abraham Lincoln. I arrived a few minutes late and took the first seat I saw available. It turned out that I sat next to two-time Tony winner Tammy Grimes. At the end, Mr. Tannen called the readers to the front for a bow. She turned to me with some confusion and I told her, "Go take your bow, Miss Grimes." She responded, "Darling, what would I do without you?" She deserved that bow as she stole the show today with her reading of Carl Sandburg's "Mr. Lincoln and His Gloves". The program also included: 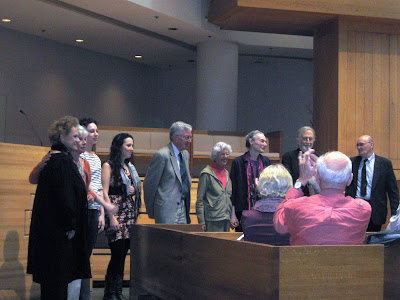 Email ThisBlogThis!Share to TwitterShare to FacebookShare to Pinterest
Labels: Marian Seldes, Poetry, Toward International Peace Through the Arts