@NYPL - Katharine Hepburn: In Her Own Files 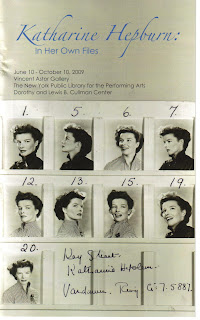 Today, I took in the new exhibit, Katharine Hepburn: In Her Own Files, at the New York Public Library for Performing Arts. Katharine was a silver screen icon, but she began her career on the stage.

I was thrilled to walk amongst pictures of her from productions, as well as her papers including annotated scripts, rehearsal notebooks, letters and telegraphs. The exhibit is comprised from The Katharine Hepburn Papers, Billy Rose Theatre Division. The documents, all theatre related, are from her life and stage career from the late 1920s through the mid-1990s. Click here to watch a short video about the collection.

A bonus of the exhibit is previously taped video exerpts from programs about Katharine by Marian Seldes, Zoe Caldwell, Dick Cavett, Anthony Harvey and Sam Waterston. Marian's reading of Katharine's letters were particularly entertaining. Marian was married to the late Garson Kanin, who wrote the screenplay of Adam's Rib, the 1949film starring Kate and Spencer Tracy.

One of the first movies I remember watching with my Dad was the 1975 Rooster Cogburn. We saw it at the drive-in movies in California. Needless to say, Kate and John Wayne left an impression on me. Now, I've seen most of Katharine's movies and I'd give anything to travel in time to see her live on stage. In fact, I like Katharine Hepburn so much that I named my cat after the character Tracy Lord from the 1940 movie The Philadelphia Story (my other cat, Tracy's brother, is named C.K. Dexter Haven, after Cary Grant's character).

The exhibit runs until October 10, 2009, and is in the Vincent Astor Gallery, located on the lower level of the Performing Arts Library in Lincoln Center.

Addionally, on Saturdays at 2:30 pm in July and August, 8 films starring Katharine will be screened in the Bruno Walter auditorium located on the lower level of the Performing Arts Library in Lincoln Center: July 11 - The Philadelphia Story, July 18 - Morning Glory, July 25 - Holiday, August 1 - State of the Union (Angela Lansbury and Spencer Tracy co-star. Kate suggested Angela for the role as the tough talking newspaper woman and Tracy's lover - she was 23, he was 48), August 8 - Summertime, August 15 - Suddenly Last Summer, August 22 - The Trojan Women, and August 29 - A Delicate Balance. 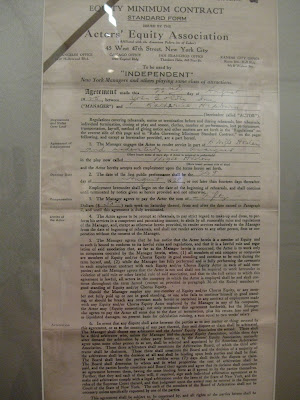 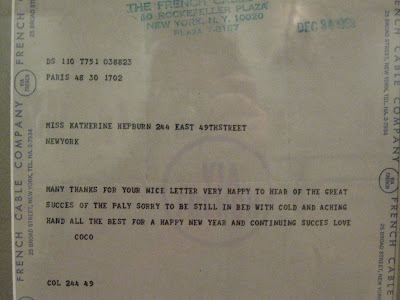 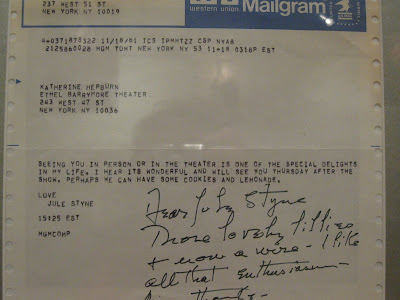 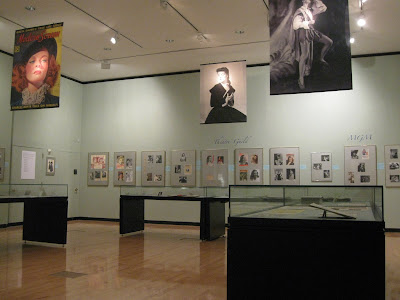 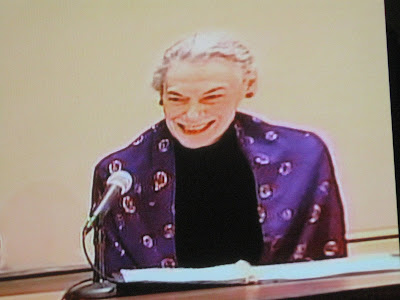 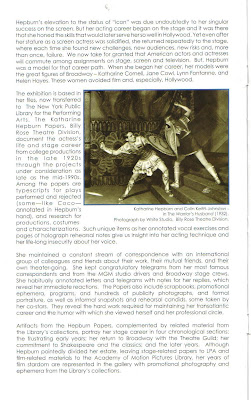 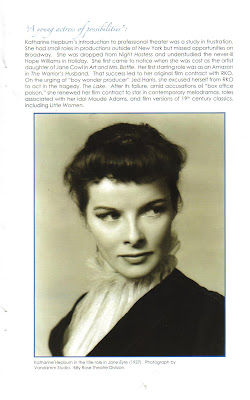 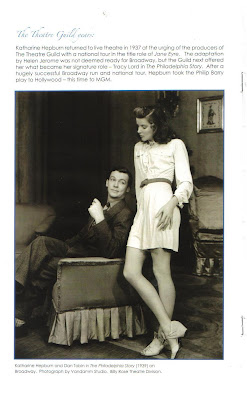 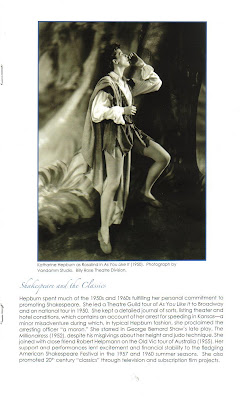 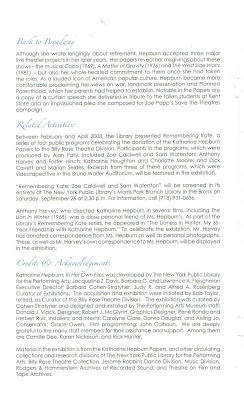 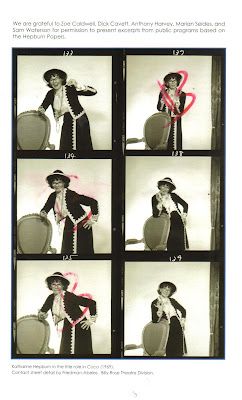 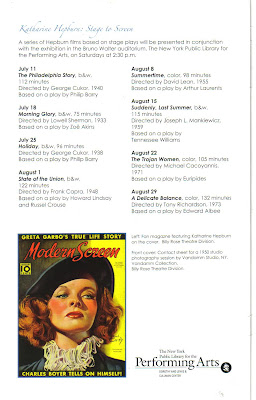 I definitely want to see this exhibit when I come back in July!