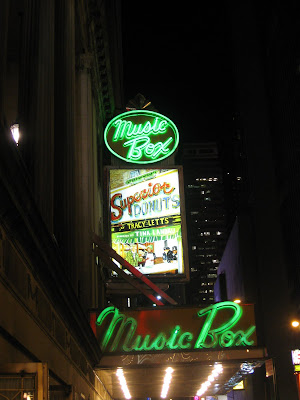 This week I saw the new play Superior Donuts by the celebrated Tracy Letts. It opened earlier tonight on Broadway. It stars Michael McKean as Arthur, the aging hippy owner of a donut shop in Chicago's Uptown neighborhood. He is going through the motions of life when in walks the young black man, Franco Wicks, played by John Michael Hill.

I loved the performance by the Broadway veteran McKean and the Broadway debutant Hill. They had terrific chemistry and played off each other well - especially McKean's world weariness against Hill's exuberance.

The supporting cast is fantastic - Kate Buddeke, Yasen Peyankov, James Vincent Meredith, Jane Alderman, Robert Maffia, Cliff Chamberlain and Michael Garvey - as the motley crew who come in and out of Arthur's life for better or worse because of his shop. I particulary loved seeing Kate on stage again - I first met her at the final performance of Gypsy in 2004, in which she was a brilliant Mazeppa, and I always love seeing her on stage (and yikes this time instead of a trumpet, she armed with a Glock 22). She plays a lady cop with a soft heart. Yasen Peyankov is especially hilarious and touching as the Russian immigrant neighbor who is realizing the American dream.

The play is a warm and simple look at a number of topics, especially race and capitalism. Its subtle humor makes for an honest and simple discussion on heavy subjects. It's provocative, yet not tension provoking, the characters are endearing and I found myself completely enjoying myself.

On September 9th, I joined other theatre bloggers at a meet-up hosted by the producers where had the chance to talk with many of the cast, the director Tina Landau and Tracy Letts. I have seen three of Tracy's plays now - Bug (starring Kate Buddeke!), August: Osage County, and now Superior Donuts. It is interesting to me how such diverse material can come from the same writer. I asked him about this process:

People talk about how different they are from each other, that, I suppose they are, they don't seem different to me 'cause they all sort of come out of me, but I guess I also just never have been interested in just doing the same thing over and over. I'm an actor, and I act more than I write, it's easier to act in plays than it is write them, or at least it doesn't take nearly as long, and so I've been exposed to a lot of different kinds of material as an actor. So I sit there
and I think that's an interesting way to tell that story, that's an interesting genre to work in and I sort of take it on as an interest. In fact, Man from
Nebraska, which is the only play of mine that hasn't come to New York yet, Man from Nebraska came about because I saw a show, I saw bad play at Manhattan Theatre Club, I won't tell you what it was, but I saw a bad play at Manhattan Theatre Club and it had a lot of little scenes, a scene in a restaurant, a scene in an airport, a scene in a car, and I remember walking out of the theatre, and I was with a friend of mine and I was cursing the show, I said, 'That's it, that's terrible, anybody can do that, I mean, that just a screen play, to write a play, you need to set something in one location and have it sort of take place in one location.' And the friend turned to me and said, 'Well, I don't know, sometimes I like those plays.' It was just such a defeating argument that it's like I was oh, just the fact that you liked it makes it worth while. So Man from Nebraska has 35 locations in it, I mean, sort of it does that, unlike any of the other plays. So I became interested in that form, sort of jumping around. So it's not that I'm trying, I hope that I'm not just being cute for trying to switch from one kind of play to another kind of play, it's just where my interest leads. 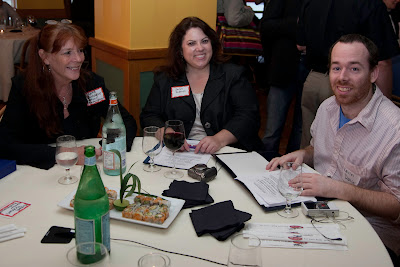 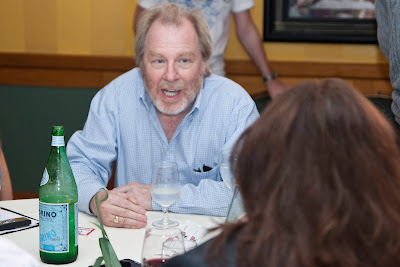 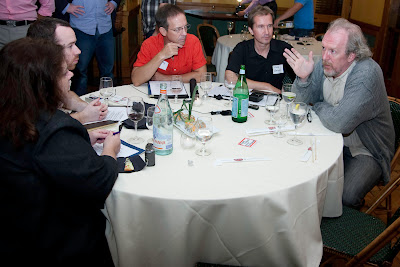 Glad to hear Chicago is represented strongly with "Donuts." How cool that you got to sit table-side and chat Broadway royalty!

A Broadway Insider now, for sure...
You go girl!