Eleanor's home of her own 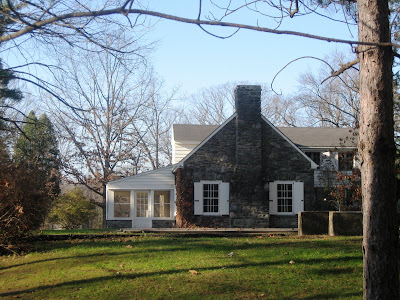 Almost every fall since I've lived in Manhattan, I've made the treck up to Hyde Park. It's the home of the Franklin D. Roosevelt Presidential Library and Museum, as well as the Vanderbilt Mansion (summer home of William Vanderbilt).

This year's trek took place on Saturday, November 7th, the very day in 1944, on which Franklin D. Roosevelt was re-elected to fourth term as president. It was during the Second World War, and the incumbent FDR heftily defeated Thomas E. Dewey (fact: I used to work at Dewey Ballantine).

On my must-see radar but previously more or less inconvenient to visit on previous trips was Eleanor Roosevelt's home, Val-Kill. Thanks to Roxie and her caddy, the visit included Val-Kill.

Val-Kill was once the Roosevelt family retreat, but also served as the location of Val-Kill Industries which was created by Eleanor and her friends as an exercise to assist rural men and women with supplemental income. Val-Kill Industries was a furniture factory for high quality replicas and adaptations of early American furniture made by local farmers. After it closed in 1936, Eleanor remodeled the manufacturing building as a home of her own.

Val-Kill was the one and only home that Eleanor owned:

ER considered Val-Kill to be her first real home, the place where she "emerged as an individual," the place she "used to find myself and grow." She had spent much of her childhood in her grandmother's homes and much of her adulthood in homes provided by, and ruled over, by Sara Delano Roosevelt, her mother-in-law. The cottage gave her a place of her own to which she could invite her friends and where she could exercise her growing independence from Sara and from FDR. Val-Kill served as a peaceful place where ER could write and restore her energy and a relaxed gathering place for family and friends, but it was also her base of operations. She wrote many of her books and columns at Val-Kill. As she later told friends, "Val-Kill is something of my own."

It's a peaceful spot and I imagined seeing Eleanor there, continuing her work as First Lady of the World, a fighter for justice and human rights, and arguably the most influential woman of the 20th century. Her home was cozy and lovingly, if simply, decorated. Photographs covered the walls and memorabilia from her life's work was scattered about. A hit with us was "Tommy's Liquor Closet", a small kitchen in the living quarters of Eleanor's long time secretary, Malvina Thompson. (FYI, my "kitchen" is henceforth known as Tommy's Liquor Closet.)

We stopped at the FDR as well as the Vanderbilt Mansion and even drove over to New Paltz so we could see where Roxie and Kevin were bright, young co-eds. Kari was our official photographer of the day, capturing all the spirit and laughter, as well as some very nerdy moments (best souvenir ever: Eleanor Roose-finger-velt). 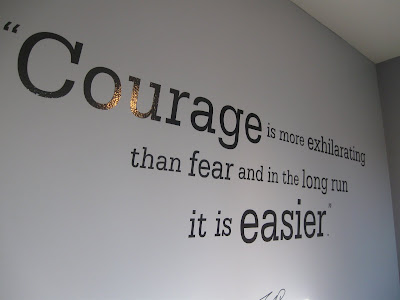 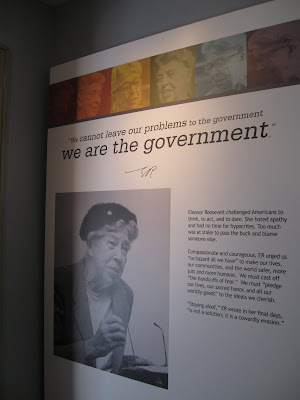 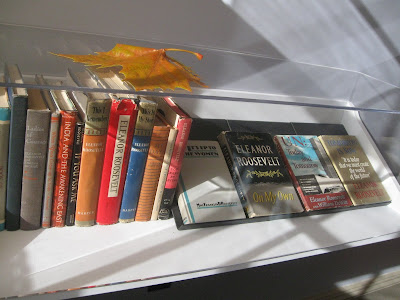 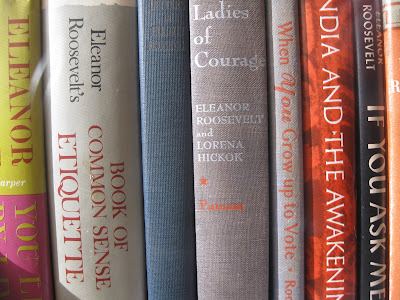 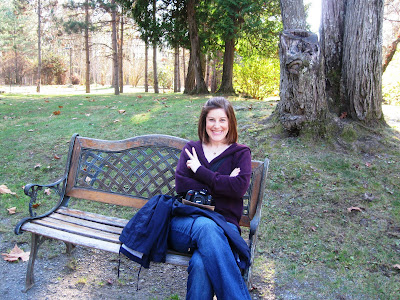 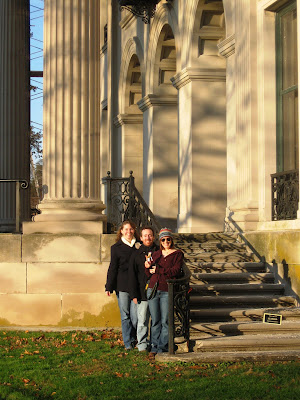 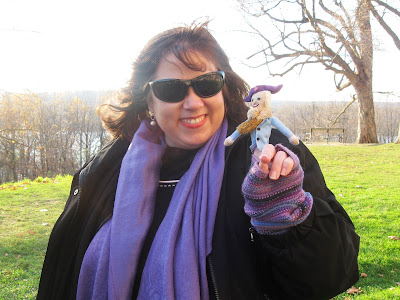 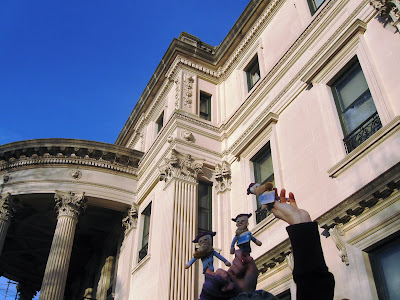 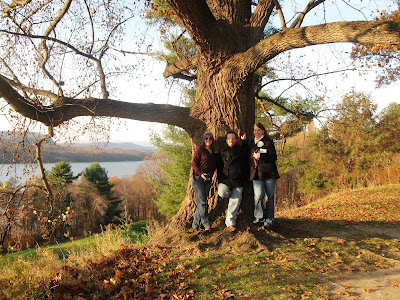 Wow, what a great trip and what a cute little cottage. I would love to see the FDR library and Val-Kill someday. And those are awesome finger puppets.