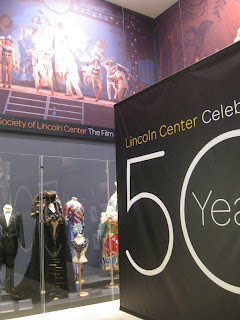 The anniversary exhibit features memorabilia of everything from the actual acquisition of the land physical and plans for the buildings to memorabilia and photographs of productions, costumes, pieces of scenery and a wide variety of videos of performances from the last 50 years. Browse some of the exhibit on-line or visit the digital time capsule. The free exhibition in the gallery runs through January 6, 2010. The New Public Library for the Performing Arts is snugly tucked away at the back of Lincoln Plaza, between the Metropolitan Opera House and the Vivian Beaumont Theatre.

Costumes pictured below (click to embiggen): Beverly Sills' dress, designed by Bob Mackie, from her farewell at the New York City Opera; Leonard Bernstein's performance tuxedo; costume designed by William Ivey Long and worn by Deborah Yates in the role of the Girl in the Yellow Dress in Contact; and costume worn by Leontyne Price as Aida at the inaugural production at the Metropolitan Opera. 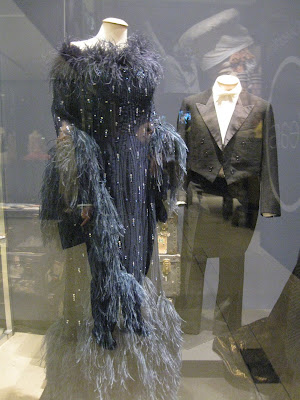 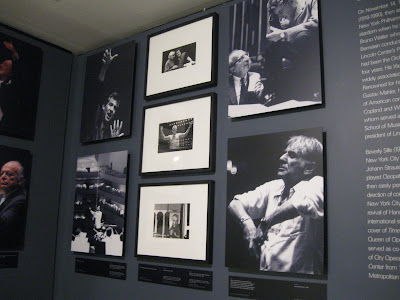 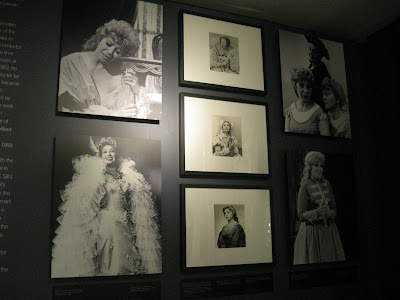 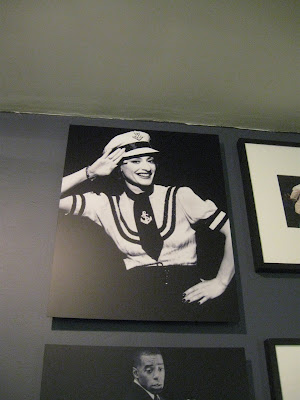 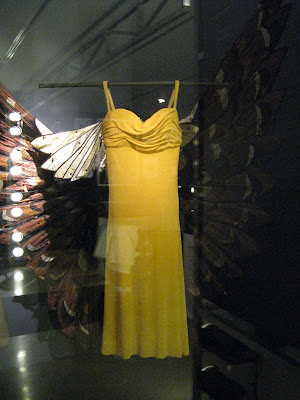 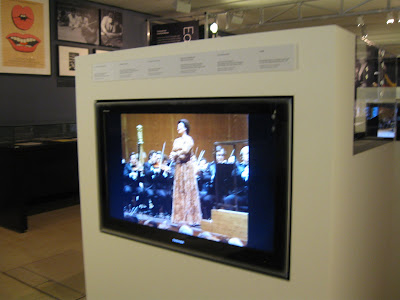 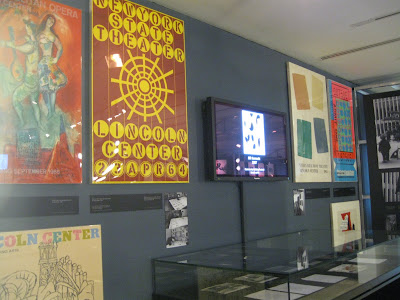 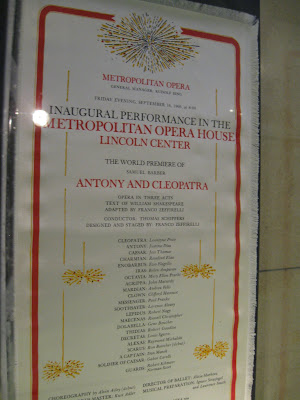 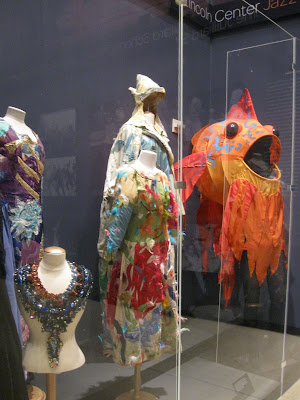 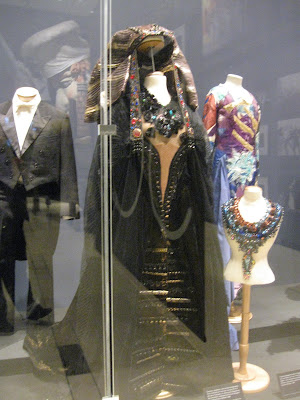 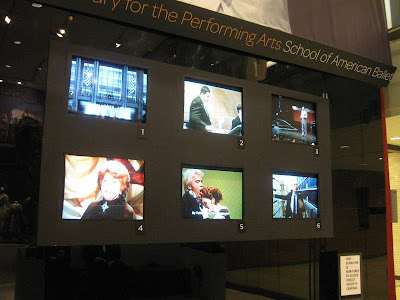 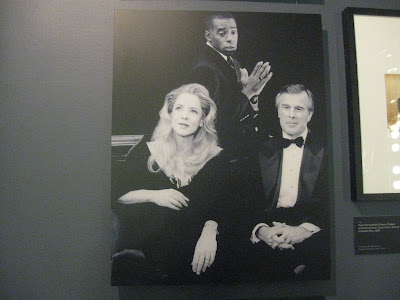 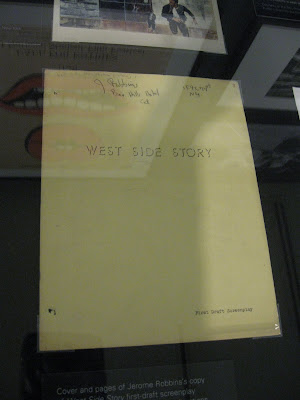 Oh that yellow dress! I loved that show...and that dress!

What a lovely exhibit!