Kerry Washington is making her Broadway debut in the premier of David Mamet's new play Race. Yesterday, she appeared on Live with Regis and Kelly:

Jeff (Probst, guest hosting): As far as playwrights go, David Mamet, one of the greatest and you're originating this role.
Kerry: [Somebody] called me up at one point and said, 'So like to the end of the time, when people buy this script your name is going to be in this David Mamet play.' And I said, 'Yeah, it's like kind of amazing because he's this Pulitzer prize-winning, prolific person.'
Kelly: But he writes so many of words. I mean, it's a lot of dialogue. Did you have an anxiety attack when you read the script?
Kerry: No, you know, I was so excited about this character and about this piece and I just dove right in and thought the better I learn them, the better off I'll be.
Kelly: Tell us the premise of the play.
Kerry: The play is about lawyers at a law firm who get approached to represent a Caucasian gentleman in a case, he's been arrested and is being accused of raping a black woman.
Kelly: So it brings up all kinds of uncomfortable race issues that nobody ever wants to talk about.
Kerry: Yeah, but you know these issues are issues that uncomfortable but also everybody gets it. You know, we all deal with racism and sexism and classicism. So this show is accessible and funny and uncomfortable and scary and all of those things.

Known as a movie star ( "Ray" and "The Last King of Scotland"), she grew up in the Bronx and was a member of Tada! Youth Theatre as a teenager. Recently, President Obama appointed Kerry to the President's Committee on the Arts and the Humanities.

In November, shortly before the show began previews, I had the opportunity to attend an All Blogger Media Event with the cast of Race. The case also includes Richard Thomas, James Spader and David Alan Grier. A podcast was created - click here to listen.

Race is playing an open ended run at the Ethel Barrymore Theatre on West 47th Street. Discount tickets are available via Broadwaybox. 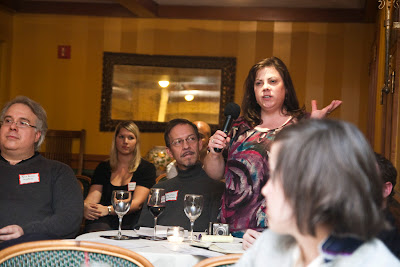 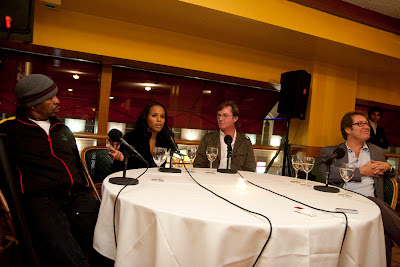 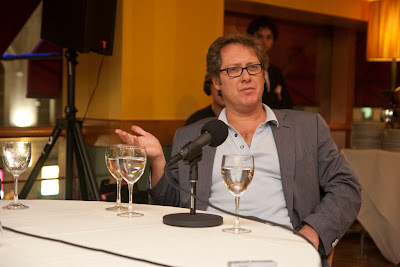 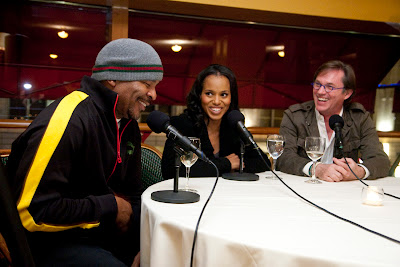 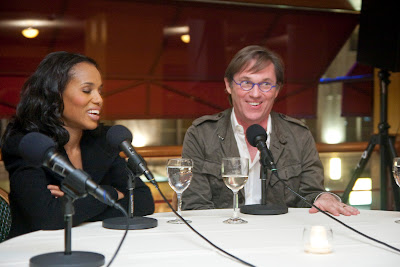 I have seen this play twice and loved it both times. The first time I saw it during previews I thought Kerry had a lot of work to do. Last week when I saw the show she was much more comfortable in the role and really did a nice job. James Spader was excellent, as was David Alan Grier. I really liked this particular Mamet work.