My new love: The Morgan Library and Museum

On Saturday, Kari, Roxie and I visited The Morgan Library & Museum to kick off our Harriet Walter Weekend. (More on that later.) The point is that I am now completely in love with The Morgan. 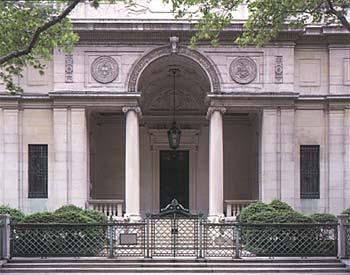 We specifically went to indulge in a little Jane Austen love. A Woman's Wit: Jane Austen's Life and Legacy is currently running through March 14, 2010. This exhibition explores the life, work, and legacy of Jane Austen. There are a number of her letters to her sister, as well as some of her original manuscripts and of those who influenced her. There's also short documentary film in which Harriet Walter has a say. Ah ha!

We also visited the small gallery Celebrating Puccini . The exhibit features original playbills, production posters, letters, librettos, and manuscripts from Giacomo Puccini's lifetime of work. There are two listening stations featuring vintage recordings of his opera. I got lost listening to Renata Tebaldi sing Un Bel Di, recording in the 1950s. It was heavenly.

We paused in the Morgan Cafe for cappucinos and tea and then wandered around J.P. Morgan's study and browsed the volumes of European literature from the 16th through 20th century the in his majestic library. We saw a Gutenberg Bible too. The Morgan is a stunning mix of Morgan's original mansion built at the end of the 19th century and a 21st century modern facility, both majestic and bright. 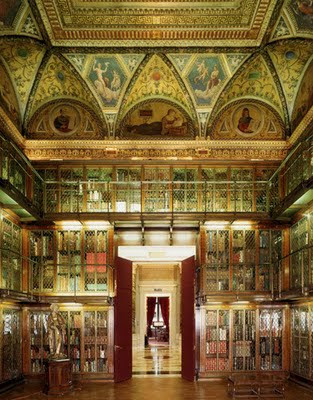 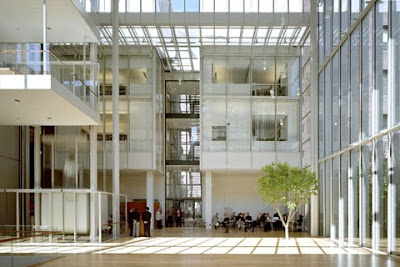 The Divine Jane: Reflections on Austen from The Morgan Library & Museum on Vimeo.