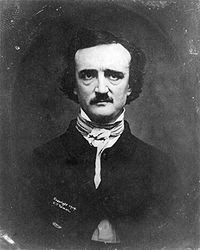 This Friday, December 12th, the TIPA Project presents Celebrating the 200th Anniversary of The Birth of An American Literary Giant: Edgar Allan Poe. A number of Poe's works, including "The Raven" and "The Tell-Tale Heart", will be read by Tony winners Fritz Weaver and Tammy Grimes, as well as Larry Pine ("Royal Family") and Betsy Von Furstenberg.

The TIPA Project, or Toward International Peace Through the Arts, was founded by Stanley Tannen. Mr. Tannen began organizing readings in 1972. In 2006, the president of the United Nations Society of Writers nominated him for a Nobel Peace Prize. 2009 marks Mr. Tannen's 38th year as a peace advocate and activist dedicated to promoting the Humanities as an instrument for peace.

Email ThisBlogThis!Share to TwitterShare to FacebookShare to Pinterest
Labels: Poetry, Toward International Peace Through the Arts