For a couple of years, I had been hearing Kevin, the Theatre Affionado, lament the loss of the Mark Hellinger Theatre. It's now a church.  Last year, Kevin finally succeeded in pursuading Jimmy, Byrne and me to accompany him there to pray to the theatre gods. There was a service going on, but we still took the opportunity to wander about a bit and drool.. The space is unlike any other existing Broadway theatre. It's grandeur is awe-striking.

Built in 1930, it was first known as the Hollywood Theatre and was a movie house. After several name changes, it finally became the Mark Hellinger in 1949, named after the writer and producer. Its final production as a Broadway house was Legs Diamond. Among my shows that I wish I had seen there were My Fair Lady in 1956, the Sound of Music in 1962, A Funny Thing Happened ont he Way to the Forum in 1964, On A Clear Day You Can See Forever in 1965, Dear World and Coco in 1969, Man of La Mancha in 1971, 1600 Pennsylvania Avenue in 1976, and A Dolls Life in 1982.

In today's NY Post, Michael Riedel discusses how it moved from Broadway to an interdenominational church. He says, "Yet Broadway's power brokers still covet it. It is the Holy Grail of Times Square theaters." 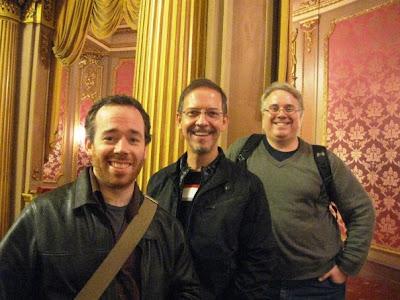 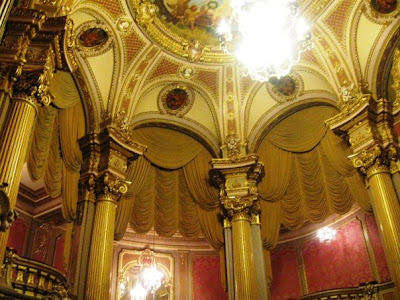 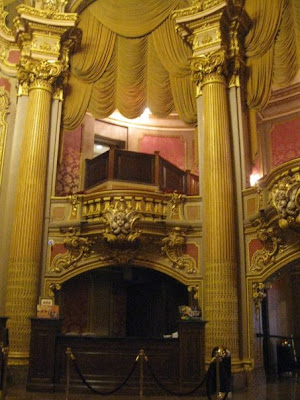 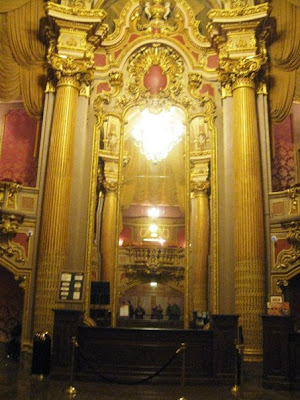 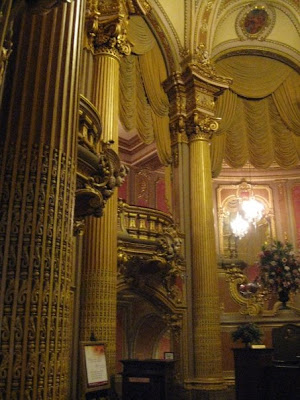 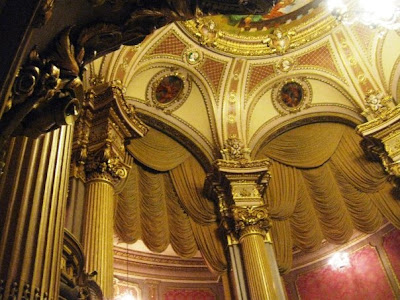 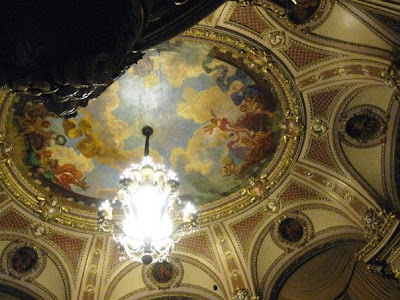 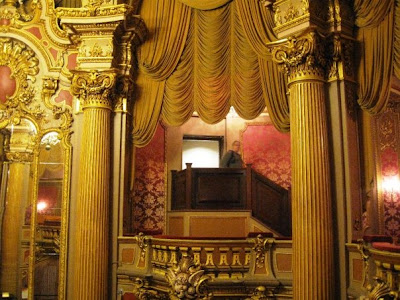 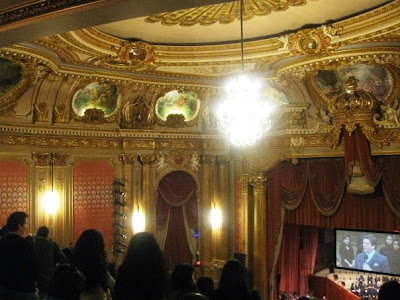 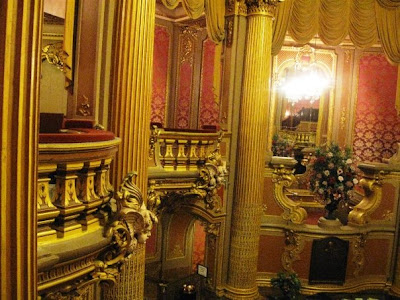 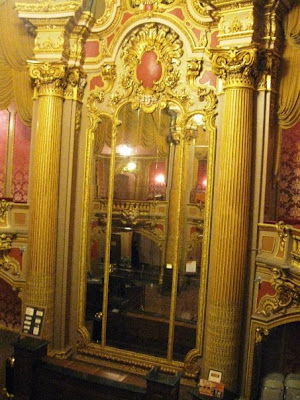 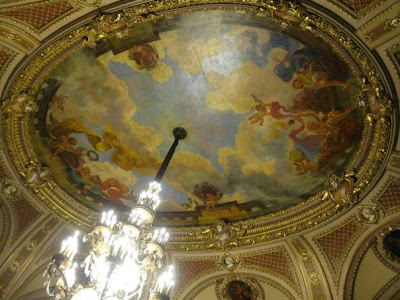 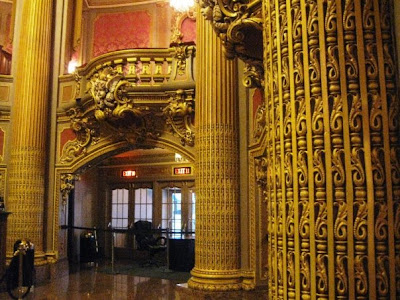 Interesting choice for Riedel to talk about, and I'm glad he's bringing the theatre's awareness to more theatre fans, if nothing else.

We need to go back again and get photos down in the orchestra section!

What would have happened to the building if Time Square Church had not bought it? Other old theatres have been torn down.
I am grateful that they seem to respect the historical significance, and have restored this remarkable building.
Who knows, in the future maybe it will change ownership and become a theatre again, but in the meantime
it has been saved - no pun intended.