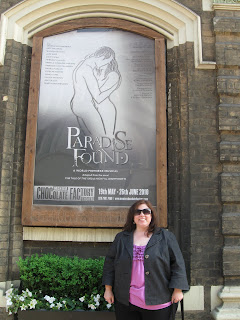 Paradise Found is a new musical playing at the Menier Chocolate Factory in London. It's been said that it's just as much work to put on a flop as it is a hit.   This flop has a Dream Cast that is working working really, really hard.   Indeed, the only paradise found in this crazy, bizarre flop of a show is in fact the Dream Cast which is comprised of Kate Baldwin, Shuler Hensley, Mandy Patinkin, Judy Kaye, John McMartin, Nancy Opel, George Lee Andrews, Amanda Kloots-Larsen, Lacey Kohl, Herndon Lackey, Daniel Marcus, Jim Poulos, Martin Van Treuren and Pamela Winslow Kashani.

In fact, everybody involved with the show is highly accomplished.  It's dream-like that they are assembled together - unfortunately it turned out to be such a nightmare.  Hal Prince and Susan Stroman are co-directing the show with music by Johann Strauss II adapted by "EGAT" winner Jonathan Tunick, lyrics by Ellen Fitzhugh, and a really awful book by Richard Nelson.   The costumes are by Judith Dolan.

I first heard about the work when Hal Prince talked about it at Wall to Wall Broadway at Symphony Space last year.  It sounded most bizarre - a bored loveless shah visits Vienna where he falls in love with the empress but since he can't have her, he  is tricked into believing a prostitute is the empress and Mandy Patinkin would play his eunuch.  What?!     Now I think, how did this show even get a workshop much less a full production that must be very expensive.

But back then, when I found out that Kate Baldwin was cast as well as Mandy, Judy and Shuler, I thought, "Well, it must be good."    In this case, thinking got me nowhere.

When Kari and I decided to go to London to see Harriet Walter in Women Beware Women at the National Theatre, I was over the moon excited that I would be able to see some favorites in a new show in London.   Perfection!
The Menier Chocolate Factory is a charming place.  It was built in 1870 as a chocolate factory.  In 2004, it was converted to a theatre and restaurant.  The food is very good (I had the veal schnitzel!) and the atmosphere is fun.  It's quite easy to step from dinner straight to the show.

We were seated in the second row center in this tiny house.   There was no way that Kate, much less the rest of the cast, couldn't see us.  This became a worry to me because the theatre was very, very warm and we were crowded in, plus we had only landed in London that morning and were operating on very little sleep.  I know I dozed a few times in the first act and I think Kari would admit she did as well.

It was boring and weird.   Kate played a prostitute and Judy was her madame.  Shuler played a rascally duke with ladies all over the place, including Kate's character who had also born him a son.   John McMartin played the impotent lovelorn shah.   George and Mandy attended to the shah and worried over his impotence.   I'm not sure what the role Nancy was playing other than she was a bit of an instigator.

The music, although way over amplified for such a tiny venue, was pretty, although I admit that I was expecting Richard not Johann Strauss so there was a little too much waltzing for one evening.  It was thrilling to hear all of the gorgeous voices of this cast.   The ladies really had their soprano on and Shuler has a heart-melting baritone voice.

The show was rather dirty - including a masterbation song as well as a recorded track of the shaw and the prostitute getting it on in the bedroom above while Mandy, Judy and Shuler's characters waited and listened in.

Mandy's character is sort of the moral compass since he is unable to have sex given that he's been castrated.  He tries to understand what "love" is all about and walks around on stage the whole long evening with a great look of wonder on his face.  It's a strange juxtaposition to all of the other action on stage.

The underlying love story was between Kate's prostitute character and Shuler's duke character.  It is actually the most interesting and lovely bit of the story and had that taken the lead, it might have been a very nice show.

It's well over 2 hours long and just when you think it's going to finally be over, there's more.  It's like a infomercial: but wait, there's more!   The best things I can think of about this show are the fact that its stacked with so many great performers giving it their usual all and secondly luckily for them, it's only seven performances a week. As it is, it's a bizarre period piece that's a combination cartoon, drama, comedy, operetta about sex.  When it was finally over, I turned to Kari and said, "This must be an elaborate joke." 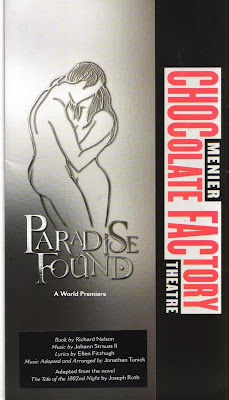 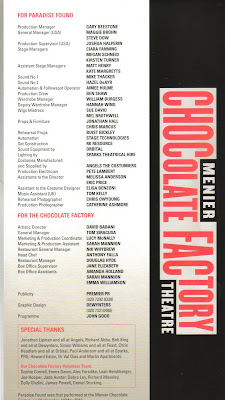 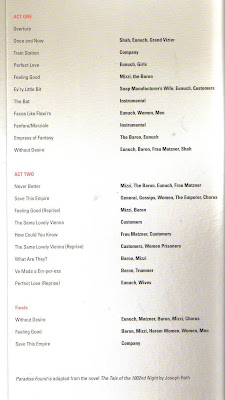 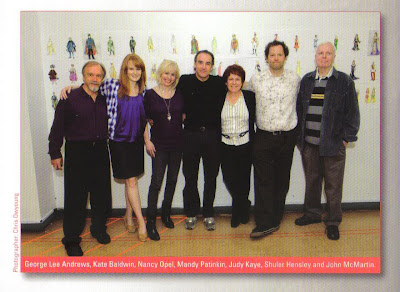 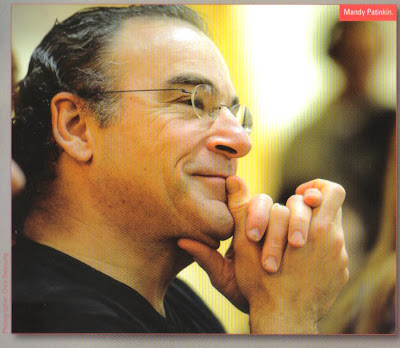 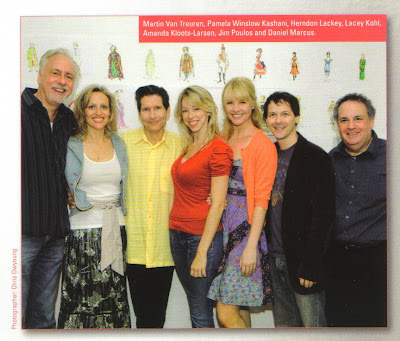 The joke was on us. I think Hal Prince has gone bananas.

Please don't say it so that you got to the other side of the pond with ash and strikes be damned, and you were disappointed?

So much to see and do and so little "free" seats to capture. FOr nothing is ever free with the oppressive exit tax from Great Britian.

Diane - we went specifically to see Women Beware Women at the National Theatre - it was just a bonus that our American friends (namely Kate Baldwin) was also in London doing a show. It was a disappointing theatrical experience as far as the show goes, but I was not disappointed by my friend or the performances. And as usual, I had a fabulous time in London - I rather feel like it's impossible not to. I'll go anytime I can manage to go, despite the expense.