We became devotees of Harriet Walter last summer due to her phenomenal performance as Queen Elizabeth in Mary Stuart on Broadway.  Kari and I vowed that we would not miss an opportunity to see her on stage again.

So, we went over to see her in Women Beware Women at the National Theatre!

What a very cool and fantastic show!  It's by Thomas Middleton and is sort of  a Greek tragedy.  The production is set in the 1950s making it very sexy.  The setting is highlighted by Lez Brotherston's ultra fabulous costumes.  A two sided rotating set was in the middle of the large stage, one side depicting the poorer residents, and the other the wealthy.  This was used beautifully and especially intricately in the final scene.

A live jazz band, including a vocalist, was on hand to play music for scene changes.  Various lines from the text were musicalized to emphasize the previous scene - it was weird and wonderful.

Harriet Walter, dressed beautifully in couture, is a wealthy widow whose past time is playing games with people's lives.   Harriet was darkly hilarious in this role but when she was crossed, watch out for her wrath!

Samuel Barnett (of The History Boys!) plays a young and somewhat naive newlywed Leantio.   Unfortunately, his wife is stolen by the wealthy Duke, which Harriet's Livia helps put in to place.  Then, Livia sees the heartbroken Leantio at a party and must have him for herself.  She achieves her goal by offering him her riches, which of course he cannot resist.   Their scenes together are delightful and so funny, with a bit of sexiness when Livia insists they seal the deal with a kiss - and what a kiss it is! (I just read a scene out loud to Roxie & Chelsea - Roxie says, "It's Thomas Middleton porn!)

In the meantime, Livia is also playing a little game with her beloved brother and niece - they are in love although they know it's not to be, but she fixes it so that the niece thinks that she's not blood related.  Whoops!  Incest!

Of course, everything goes wrong and the bodies start to pile up, poor Leantio's death being the first.  Livia is furious and she will have her revenge.   In the final scene, one of the coolest stagings I've ever seen and may never forget, the setting is a wedding ball for Leantio's now-widow and the Duke.   Fortunately, it's a masked ball making the revenge come a little easier.

During the masked ball, both sides of the set were utilized and doors separating them were opened.   The set began to spin and a rapid clip and the murder began with beautiful choreography while the jazz band played with increasing intensity.  By the end, almost all have died, some due to mistaken identity.  The scene was exhilarating!

The other actor and character I loved was Tilly Tremayne as Leantio's mother.  She was so funny, especially when she had no lines at all.  There is even a scene in which she and Liva play an actual chess match.  It's so much fun.  (And yes the blocking for the chess match is even included in the Actor's Edition of Women Beware Women!)

Since we went all the way to London to see Harriet Walter in a play, there was no way we were going to see it just once so we saw it on  Saturday night and at the Sunday matinee.   It was good for me to see it twice in a row so I could catch all that I had missed the previous evening.     The only problem with this show is that I can't go at least one more time. 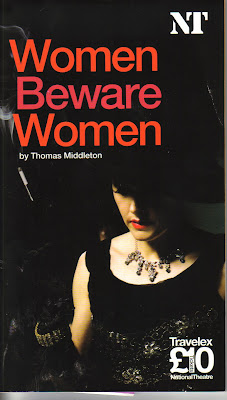 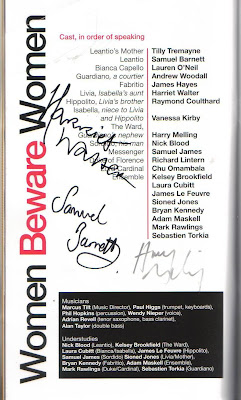 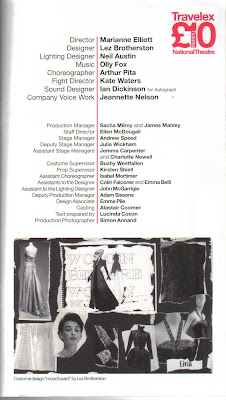 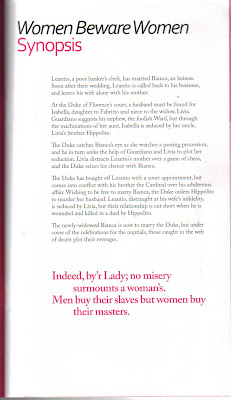 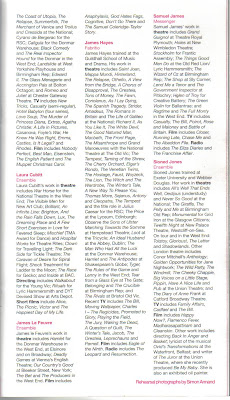 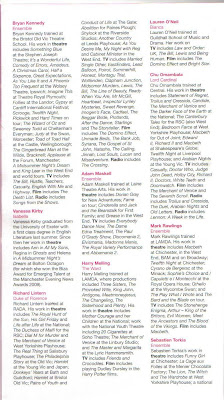 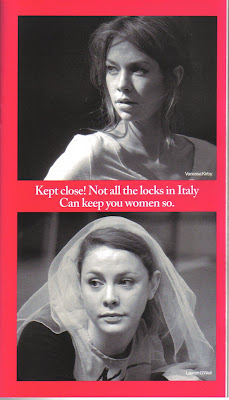 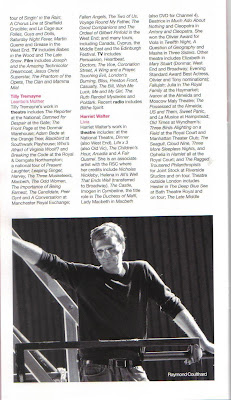 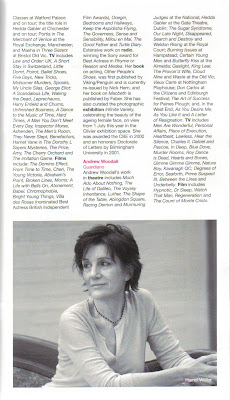 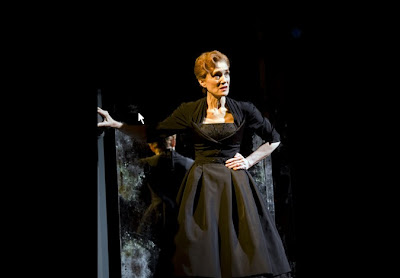 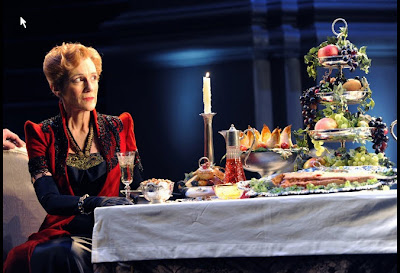 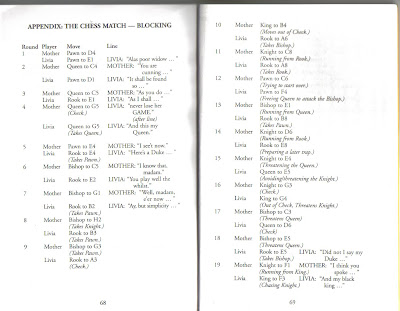 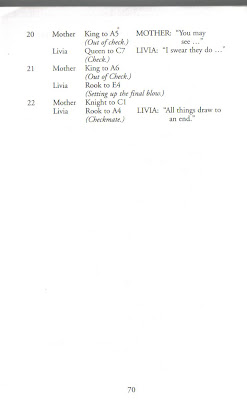