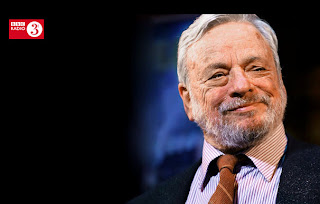 What is Proms?  From wikipedia: Proms is short for promenade concert, a term which arose from the original practice of audience members promenading, or strolling, in some areas of the concert hall during the concert. The Proms, more formally known as The BBC Proms, or The Henry Wood Promenade Concerts presented by the BBC, is an eight-week summer season of daily orchestral classical music concerts and other events held annually, predominantly in the Royal Albert Hall in South Kensington, London. Founded in 1895, each season currently consists of over 70 concerts in the Albert Hall, a series of chamber concerts at Cadogan Hall, additional Proms in the Park events across the United Kingdom on the last night, and associated educational and children's events.

The audio of the Sondheim Proms is available  on BBC iPlayer. Click here for more information on this proms, plus links to related radio programs.

How great. You always post the best stuff Sarah ...