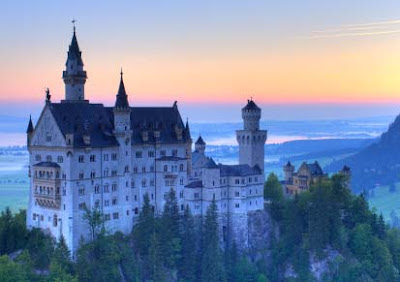 Way back in 2008, we started hearing and then talking to Renée Fleming about the possibility that she would sing "Ariadne" in Strauss' Ariadne Auf Naxos.

Last year it was finally confirmed that she would sing the role in Baden Baden, Germany, at the Festspielhaus.   My gang and I immediately started saying we wanted to go (at least one of us believes that this is the Greatest Opera Ever Written.  The rest of us just want to travel.)

Then we heard it would be in February.  FEBRUARY!    We whined about it being in the dead of winter to Renée backstage at the Met (I think after Armida)...but she said, "Yes, it's February but you can stay in New York City in February or you can go to the Black Forest in February."  So we're going, as if she really had to twist our arms.


So we leave tomorrow in search of bier, bier, schnitzel, castles, opera and a German winter adventure.   Auf Wiedersehen!