Across the Alley from the Alamo: Renée Fleming, Family and Friends in San Antonio 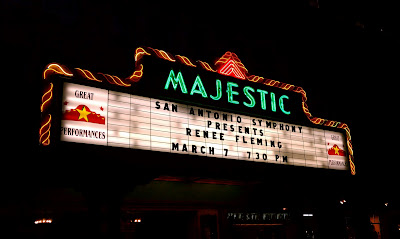 Had it really been eight years since I visited my former hometown of San Antonio, Texas?   I'm not sure, but my Aunt Dale says so.   Either way, it had been too long and the draw of seeing Renée Fleming and seeing family and friends was too strong to forego the opportunity.
I flew down on Wednesday, March 7th and was happy to be reunited with my Mom and her youngest sister Dale.  We were also joined by my dear friend Beth from Austin, who has been with me to see Renée many times, including in Austin and at the Met Opera.
Renée's program was unlike anything I had witnessed before.  A mix of modern opera, song cycle and rock, she showed San Antonio how it's done in her one night only debut in the Alamo City.   Looking more glamorous than ever with her chic haircut and dressed in a new black Angel Sanchez gown which featured a full skirt with ribbon-like geometric pattern and one shoulder, the back being sheer with the ribbon-like geometric pattern, she opened with Ravel's Shéhérazade, which is incidentally on her newly released album Poemes.  It's dark and sensual.   She then returned to sing Gounod's "Ô Dieu! que de bijoux! … Ah! je ris de me voir si belle" (Jewel Song) from Faust, with which she thoroughly charmed the audience as she gestured to her fabulous diamond earrings
After the intermission, Renée returned in perhaps the most fabulous dress I've ever seen her wear - another Angel Sanchez creation of strapless pink sequins with a sheer blue overlay.  It was ultra glam much to the audience's delight!     She calmed the audience down to perform the newly orchestrated "Night Flight to San Francisco."   Renée had previously performed the piece based on Tony Kushner's Angels in America some time in 2000, but composer Ricky Ian Gordon specially orchestrated his piece for this concert tour at her request.   Lucky for us, the brilliant composer was sitting just a few rows in front of us.   It's lush and somewhat like Samuel Barber.   It is emotionally astonishing and gorgeous.

She used the microphone to talk to the audience here and there, and introduced the Composer Gordon and even comment on her dress, "This is getting dangerous - the dress is getting more applause."   She could not have been more charming.  I always see this in the "provinces" as compared to a New York City concert or recital - it definitely different and actually more fun.    She took this opportunity to perform three numbers from her "rock" album, Dark Hope.   I was unsure how I would feel about these, but there were no electric instruments, only accompaniment by the San Antonio Symphony which gave them almost a hauting quality.  I love Renée's non-opera voice which is surprisingly low and rich.   She sang  "Endlessly," "Hallelujah," and "Soul Meets Body."  I really loved hearing her sing "Hallelujah" live.   My Aunt Dale, a child of the 60s, instantly recognized "Hallelujah" and seemed pretty excited over that one and I think I heard her singing along.
She also sang "Vilja-Lied" from Die lustige Witwe and Korngold's "Marietta's Lied" from Die tote Stadt, which could not have been more thrilling.   My Aunt Dale leaned over to me and commented that the Vilja was her favorite so far.   I held my breath way too long in the "Marietta's Lied!"  It's absolutely to die for.
Here's where things really took a turn for the amazing.  Renée' premiered the orchestration of yet another piece, Todd Frazier's "We Hold These Truths" from Thomas Jefferson.   This composer, a Texan, was also in the audience.

Unfortunately, I dropped my camera just before we entered the Majestic Theatre so I have no curtain call photos.  You'll just have to take my word for it on those dresses.  I'd also love to show you pictures of the magnificent Majestic, which I had forgotten was so fabulous.  I was a volunteer there when I lived in San Antonio - it feels a little bit like an outdoor amphitheatre with it's midnight blue ceiling which sparkling star lights.   It's a glorious space.    And even though I "worked" there, I was never in the backstage area until this evening and I was thrilled to see that the walls are covered with paintings and autographs of many of the touring Broadway shows and performers!

I loved introducing my Aunt Dale to Renée, as well as re-introducing her to Beth and my Mom.   It's always icing on the cake to visit her after a performance and tell her personally how much the performance meant to me.   I was also glad to finally meet her sister, who I share in common the survival of a former job experience.   Any Renée performance is an event to me and this was one of the best.  After the show, we went to Mi Tierra for margaritas and mariachi music! 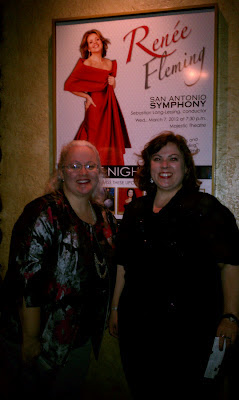 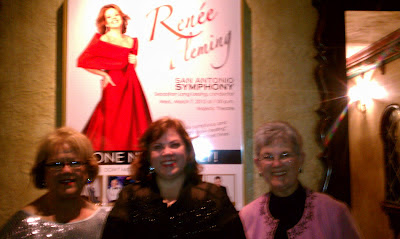 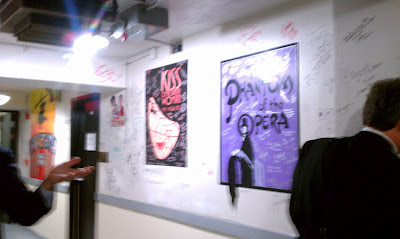 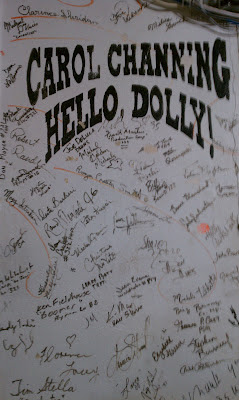 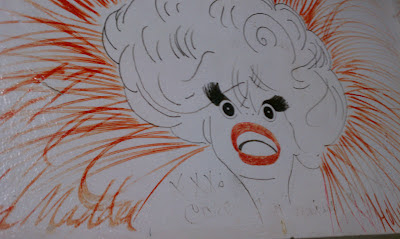 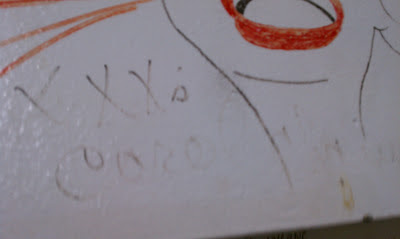 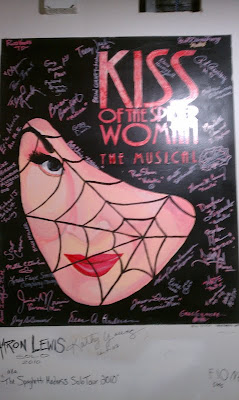 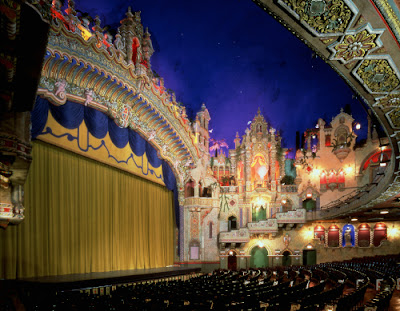 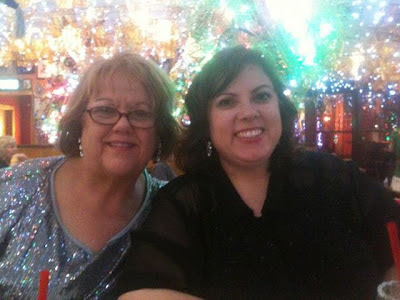 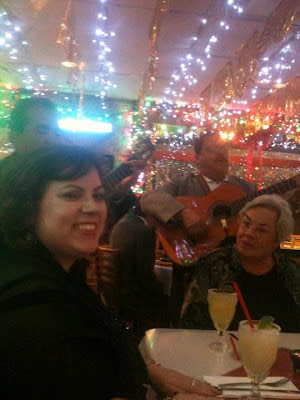 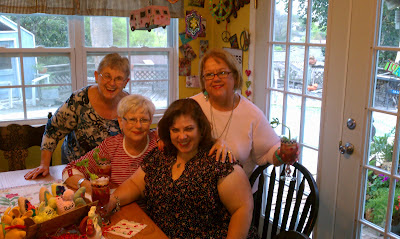 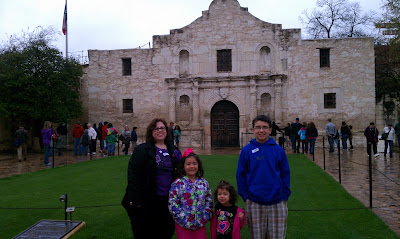