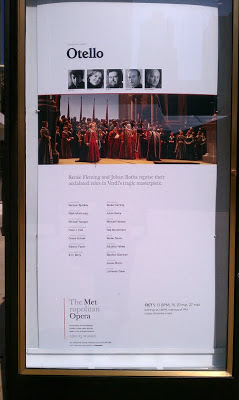 Last Friday I saw Renée Fleming in the dress rehearsal of Otello at the Met.   Unfortunately, I had to leave before the finale.  That's okay, because I've seen it before and I'll see it again tonight.   I already know, even though Desdemona is an annoying, complacent character, it's fabulous vocally for Renée and her "Willow Song" is to die for, ahem, no pun intended.

I had to leave in order to catch a flight to Houston.  I thought I would watch Absolutely Fabulous for my inflight entertainment...imagine my surprise when Renée's voice came across loud and clear singing Sheherezade from her Poemes album.   For a hot minute, I thought I was channeling Patsy and Idina after a heavy night of partying.   It turned out only to be a glitch in the on demand system. 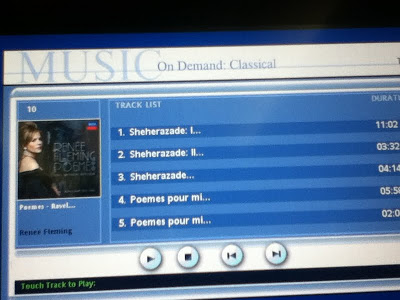 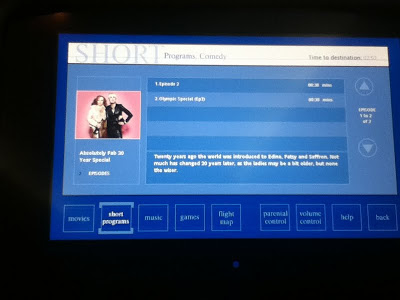