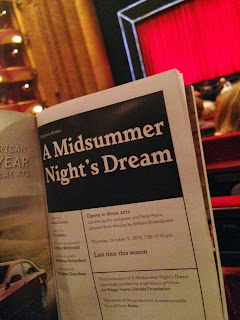 I went to the Met Opera last Thursday night for the first time this season.  Sally rushed for $20 orchestra seats for us (thank you Sally and to the late Dr. Agnes Varis and the other patrons who are generously bringing the weekday rush program for the 7th year in a row!).

We saw Britten's opera of Shakespeare's Midsummer's Night Dream.   It was gorgeous, magical, weird and wonderful.   The colorful set and costumes by Antony McDonald were as exciting as the music and the singers.

It was great to see Maestro James Conlon back on the podium.   I had met him at the stage door after An American Tragedy on the occasion of his 250th performance at the Met back in 2005.

The principals Iestyn Davies and Kathleen Kim as the King and Queen of the Fairies and as the humans Joseph Kaiser, Michael Todd Simpson, Erin Wall and Elizabeth DeShong were all amazing.  The mechanicals were hysterical, especially Matthew Rose as Bottom and Barry Banks as Flute.    Barry basically stole the show.   What a clown!

The Met Children's Chorus was precious as the fairies and sang more beautifully than I have ever heard them.

It was a great night to finally be back at the Met.

Since we were at the Met, we took the opportunity to view the finally unveiled portrait of Renée Fleming as Rusalka.   The Met has continued the tradition of sitting its great principal artists for portraits.  These portraits are usually on display in the concourse level of the Met after the singer has retired or passed away.   Temporarily on display is Renée's portrait: she is reprising her great role of Rusalka at the Met beginning in January.  The portrait was painted by Nelson Shanks.  It's quite beautiful. 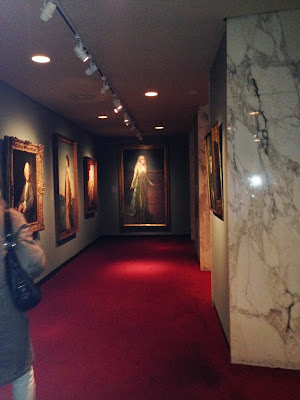 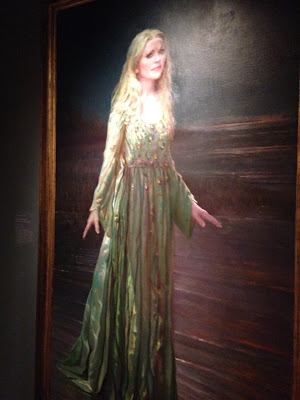 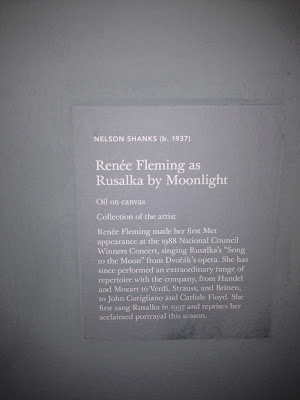