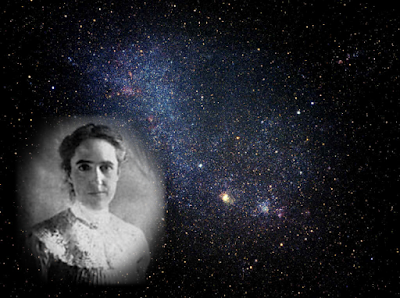 I loved the new play Insignificant by Sean Michael Welch at Infinite Variety Productions
so much that I'm going again tonight.

Set in 1925, a young female astronomy student, Cecilia Payne, doubts her own findings.  It's not the data that necessarily holds her back, but her station as a woman in the field where men are dominant and the resultant self-doubt.

Her colleague and veteran astronomer Annie Jump Cannon leads Cecilia through her own struggle as a brilliant female scientist in a male world by sharing her own story and that of her colleagues to drive home the necessity to continue the fight against the struggle of equality.

From the Press Release: Insignificant tells the true stories of the women behind the stars and their astounding but uncelebrated triumphs in the field of astronomy. Defiantly unconventional, the play reminds us that women have to break all the rules to make history.

The production is superb with almost an ethereal quality at times, perfect for it's heavenly subject matter.   The story weaves back and forth from present to past, without becoming overly sentimental or maudlin thanks to a fantastic company and a deft touch by director Colleen Britt.   The actresses, lead by Kathleen O'Neill in the role of Annie and Deanna McGovern as Cecilia, brilliantly and powerfully depict this true life story of these early female astronomers is dramatized beautifully, highlighting their friendship and sisterhood and sometimes even weaving back further in their past.   The other real female astronomers and Annie's contemporaries brought to life are Williamina Fleming by Laura King Otazo, Antonia Maury by Ashley Adelman, and Henrietta Swan Leavitt by Alla Illvosa.

The drama is also kept light by a sort of Vaudevillian troupe of male villains who also serve as their chauvinistic professors.  They are delightfully played by Andrew Dunn, Jordan Gwiazdowski and Timothy Ellis Riley.

The other subject of the play is astronomy, not an easy science.  Sean Michael Welch keeps it real without making it too much to understand.  I'm not a complete novice, having taken astronomy in college to satisfy my requirement science component, but this is not easy stuff.  That alone makes this a fascinating topic to explore especially given that these women were not even allowed to look through even the most rudimentary of telescopes by their male superiors in university.   They are confined to the very tedious work of measuring distance between the stars on photo plates.

Infinite Variety Productions is a company which devotes itself to little known stories of women in our history through drama.   This passionate company is producing thrilling stories and I can't wait to see more from them.  Each time I've seen one of their plays, I've been compelled to learn more of the history they presenting - and inspired to make sure that my nieces are aware as well.

This is the last weekend of Insignificant, although I'm sure it will get another, much deserved life in the very near future.  It's not too late to see it - it's playing at the Kraine Theatre at 85 East 4th Street, just off 2nd Avenue tonight and tomorrow night at 7 pm.   Tickets are available online via Horse Trade Theatre Group. 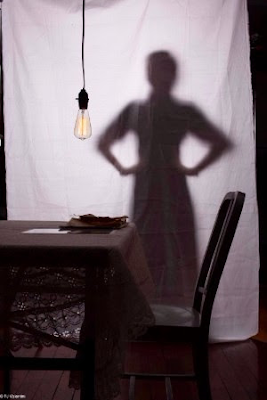