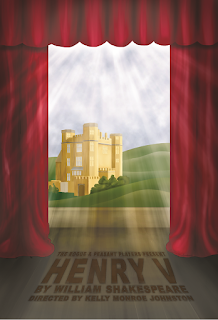 My favorite thing about seeing Shakespeare off-Broadway is that nothing is made into everything.  The Rogue & Peasant Players is doing this now with their new production of HENRY V at The Access Theatre, a wonderfully intimate black box in Tribeca.

The production, directed by Kelly Monroe Johnston, is at once simplistic and chaotic.  Out of a cacophony of sound, cleverly punctuated by a wonderful percussion set of hanging wine bottles and buckets, comes forth a clarity of text.  It's interesting and entertaining. The cast is mostly female and plays the roles as they are written.  At times it seems that there are a lot of actors in the space, but even then they switch characters seamlessly, thanks to simple costume changes, designed by Liliana Casabal.  I also loved the lighting.  The Access Theatre is fitted with typical stage lighting, but Lighting Designer Susannah Baron added very cool effects with lamps and in particular a flash camera during the battle scenes.

I saw HENRY IV last fall so I was happy to see HENRY V so soon since, as I'm making my way thru the History Plays.  Shakespearean quotes are so much of every day life that I find it a bit of a epiphany to hear them in context.  I was thrilled to hear the St. Crispian Day speech ("We few, we happy few, we band of Brothers") delivered ﻿beautifully by company member Brenna Yeary as Henry.


The rest of this cast is represented by company members Sarah Bonner, Tim Down, Dee Dee Popper. Alejandra Venancio (a delightful Katherine), and Malka Wallick.  Joining the company for this production are Alyssa May Gold, Elizabeth M. Kelly, Jess Milewicz, Adam Kee and apprentices Madeleine Escarne and Brandon Rachal.

I have to shout out to Falstaff's soldiers played hilariously by Jess Melewics as Bardolph, Alyssa May Gold as Nym and Sarah Bonner as Pistol, especially with their use of some unlikely weapons.

In this 400th year since the death of Shakespeare, it's a great idea to add Rogue & Peasant's production of HENRY V to join in on the commemoration. 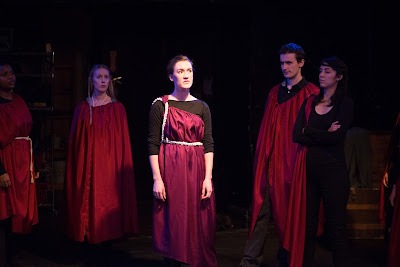 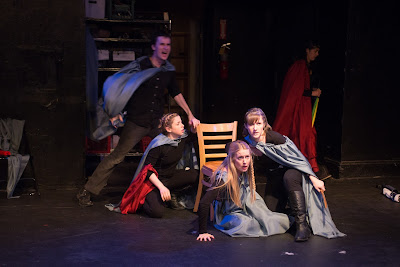 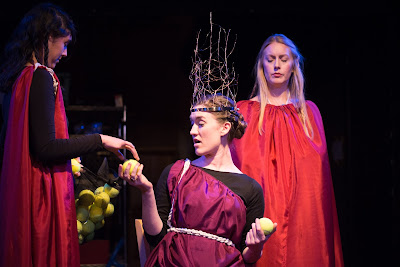 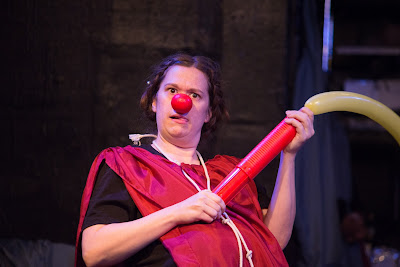 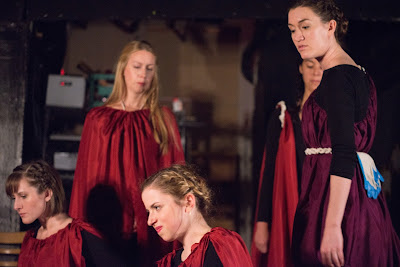 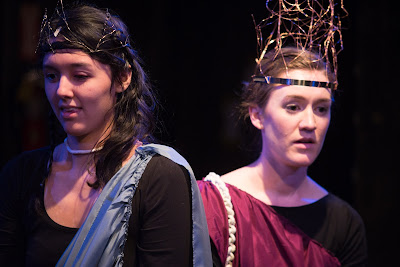