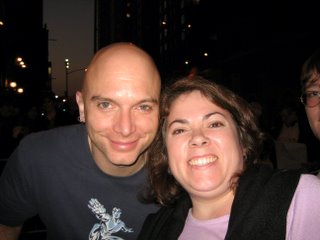 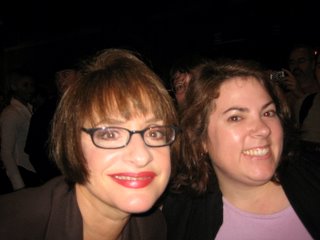 My devotion to the Tale - the Tale of the Demon Barber of Fleet Street, aka Sweeney Todd - began in October with the new revival on Broadway. Well, it really began much earlier than that. A couple of years ago I treated myself to the dvd box set of Sondheim shows. The set includes: Sweeney Todd filmed with Angela Lansbury and George Hearn; Sweeney Todd, the concert version filmed in San Francisco with Patti LuPone and George Hearn; Follies in Concert filmed at Lincoln Center; Passion; Sondheim a Celebration at Carnegie Hall; and Into the Woods with Bernadette Peters. Since I was a musical theatre devotee even before I moved to NYC, I was always aware of Sondheim but had never heard or seen a full production of any of his works. My darling Noah encouraged me to seek out more of Sondheim and since then I have been consumed by All Things Sondheim. The dvd set allowed me to dive head first into the works. I am now a full fledged Sondheim freak. I could go on...but back to Sweeney Todd. I thought I would like the current revival because I love the original cast recording and the dvd so much. The score and the lyrics are beyond extraordinary. I cautiously attended the 4th preview in October (courtesy of Mandy's TDF membership) and was immediately hooked. I literally was on the edge of my seat the entire time. First of all, I was completely surprised by Miss Patti LuPone's stage presence. I knew that she was a commanding performer because I had seen her on the concert stage a couple of times. I was not expecting her complete membership in the ensemble. Her voice transends the role and her comic timing is the stuff of legends. Michael Cerveris did not disappoint either. He is utterly grimey and low but wonderful as Sweeney. Patti and Michael exude a chemistry toward each other that sends sparks over the stage. The entire cast boarders on phenomenal. I have discovered that the production is actually a magnet that is drawing me toward the O'Neal on a regular basis. Thank goodness the financial expense of this devotion has not yet come to the attention of my banker.
at 11:24 AM