Bernadette Get Your Casino Gig and the Wintery Wonder Land 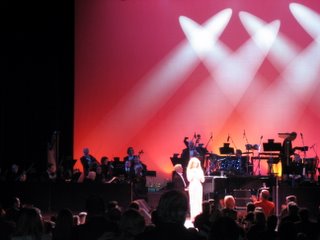 Despite a close call with a "one armed bandit", a wasted tumbler of champagne and a near stranding due to blizzard conditions, it was a great trip with Mandy, Ashley and Vicki to Atlantic City to see Bernadette (although we desperately missed the rest of you, especially a certain college man and a midwesterner who is handy at the bar). Bernadette looked marvelous and sounded as great as always. She was more animated than we saw her last and her mouth was a bit looser than the slot machines at Caesar's. She treated us to two lovely "new" songs in her repertoir - The Way You Look Tonight and My Romance. She brought back Being Alive - which is the definitive version of this glorious Sondheim piece. There were a lot of fans there as well as a number of people who appeared to just be comped high rollers. We ran into Fanadettes we've met before - Gail, Shelly, Kathleen, Charmaine and met some new Fanadettes - Phylicia and Megan. 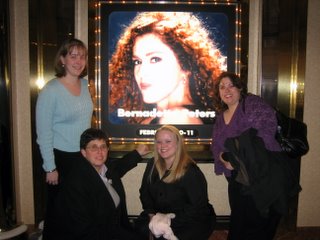 I commented that it is always so satisfying to see a performance by Bernadette. I have to add that while I have been to five of her concerts over the last 2 years, I always think I know what I'll get but Bernadette manages to keep it fresh and throw in some punches - its always too exciting and thrilling to hear show-stopper after show-stopper by one of the consumate Broadway leading ladies.


Now, it is true that we had fair warning from the National Weather Service that wintery weather was on the way...but nothing will stop us from being entertained by Bernadette. I tried to leave Atlantic City on the bus around 1:30 am only to find out that 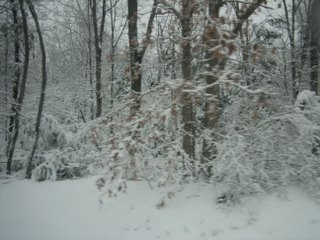 all buses to New York had been cancelled due to the storm that was already beginning. I treaded back to the hotel room and crashed. We awoke to a snowy boardwalk, no cable and news that airports were closed (bad news for Ashley). Ashley made arrangements to fly home tomorrow from Baltimore and Vicki and I were able to take NJTransit and Amtrak; Mandy and Ashley thankfully had a safe drive back to Baltimore. Once I arrived in Philadelphia to make my Amtrak connection to New York, I thought I was home free but there were 100s of stranded travelers. I finally got on a standing room only train and it only took 5 1/2 hours total instead of 2 1/2. The treat was that we have been deprived of winter here in the Northeast (What? You never thought you'd hear that from this Texan) and finally we have lovely snow. There is about two feet of snow in Central Park! 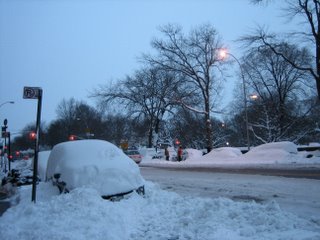 Hah! Now that's what I call an adventure.