The Met to be Remodeled. 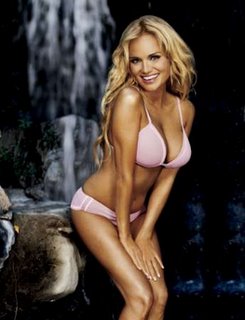 Peter Gelb, who takes over the leadership at the Met in August, has some big, er, plans for The Opera Boy Mansion, formerly known as the The Metropolitan Opera House. The red upholstery is being replaced with faux leopard and pink velvet. The Belmont Room will now be known as the Grotto. Intermissions will be extended so that patrons will have time to enjoy the saunas outside of the the Parterre Boxes. Silk robes can be rented in the coat check area but are optional. All performances will also include at least one extra hot soprano babe so that mud fights can be staged during curtain calls. He also announced an initiative to make sure that all of the divas are "remodeled" as well. It's all too Metlicious. Peter "Heff" Gelb seeks new Bunny.
at 11:29 PM

of the kosmos said...
This comment has been removed by a blog administrator.
1:45 PM

Your post is funny, but I have to say I'm waaay excited about the changes at the Met. Patrons have long been displeased with the dull traditionalism at the Met--the dearth of new productions, premieres, and, worst of all, commissions. I'm super eager to hear more about Gelb's plans to vivify the house. My only problem is that I happen to currently live in the wrong city . . .

As for Chenoweth, last I heard she was working on a new opera for LA Opera, so she's moving in that direction. As long as they're not using microphones, I think it would be great if some of Broadway's classically-trained singers took the Met stage. LA is one of those companies that has been way innovative and exciting (who engaged LuPone and Macdonald to sing Weill? with Conlon, no less?), and the Met is definitely taking their lead.

Change at great insitutions is often slow. The Met's time has come.