Tea and Sympathy opened on September 30, 1953 and ran for 712 performances. Deborah Kerr and John Kerr (no relation) took it on the road and the subject was so controversial that it was banned in Boston. They made the 1956 movie together as well. It's a beautiful melodrama - one of my favorites. 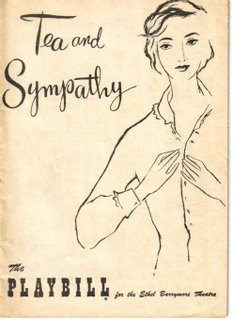 A Taste of Honey opened on October 4, 1960. Angela Lansbury played Joan Plowright's mother - say what? Joan won the Tony for Best Actress in a Play. 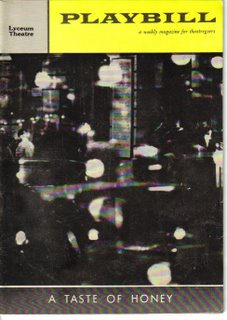 A Little Night Music opened on February 25, 1973 and ran for 601 performances. This is considered to be Stephen Sondheim's only real commercial hit - it gave us the song "Send in the Clowns" which is usually misenterpreted by pop singers. I'm praying to the gods of the musical theatre for a revival of ALNM - Sondheim says it's being discussed and you know who I would cast. 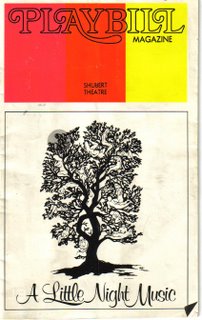 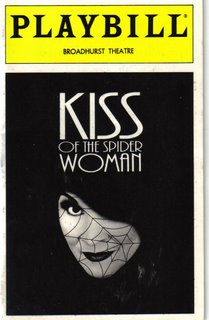 Victor/Victoria opened on October 25, 1995 and ran for 734 performances. It garnered Julie Andrews a Tony nomination, which she refused because nobody else in her company was nominated. 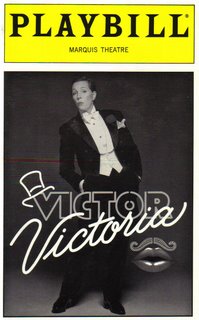 Rodgers & Hammerstein's Carousel opened in this its fourth revival on March 24, 1994. Audra McDonald made her debut in Carousel as Carrie Pipperidge and won her first (of four and counting) Tony for Best Features Actress in a Musical. The show also won the Tony for best revival. 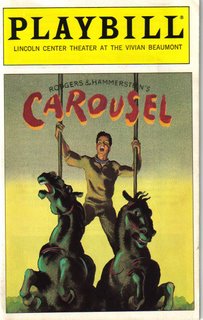 This revival of Stephen Sondheim's A Funny Thing Happened on the Way to the Forum opened on April 18, 1996 and ran for 715 performances. Whoopi replaced Nathan Lane as the slave Prologus - when asked if she would take the role - she said, "Play a slave? I don't know, that's a stretch." 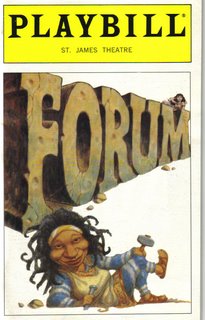 Sondheim's review Putting It Together opened on November 21, 1999 and ran for 101 performances. It starred Carol Burnett, returning to Broadway in her first musical since 1964, and George Hearn. It was also the Broadway debut of Kathie Lee Gifford (no comment) and the wonderful West End actress Ruthie Henshall. 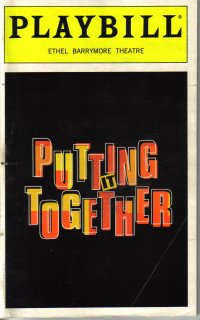 Barbara Cook always said she wanted to see her name lit up in lights and she got her chance March and April of 2004 with this solo performance at Vivien Beaumont. 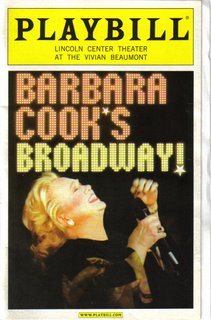 This revival of Sondheim's Company opened on October 5, 1995 and unfortunately ran for only 60 performances. It employed a veritable who's who of cast members (Kate Burton, Charlotte d'Amboise, Boyd Gaines, LaChanze, Veanne Cox, Debra Monk...) but it was not enough for a successful revival. 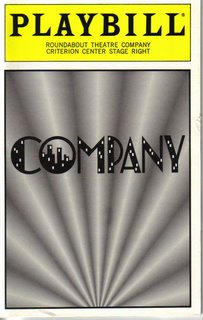 Back in the early 90's (1990?) A Little Night Music was shown on Live from Lincoln Center and featured Regina Resnick (woot!). Now THAT's one for the ages.

And it was GORGEOUS - I loved every minute of it.

I picked up the Applause Playbill with Lauren Bacall on it, thinking I will run into her again and get her to sign it. Well sure enough I ran into her Tuesday night, what a hag. I ran up grovelling like I do best with the legends, she looked at it, made a face and turned in disgust. Then a handler pushed me away. Bummer, I will try again at the Chorus Line opening. I am sure she will show up there.