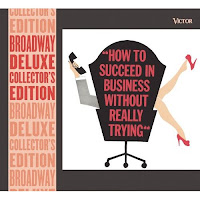 I recently discovered the original cast album of How To Succeed in Business Without Really Trying, music and lyrics by Frank Loesser. Starring Robert Morse, Rudy Vallee, Virginia Martin, and Charles Nelson Reilly, How to Succeed opened on October 14, 1961, at the 46th Street Theatre, now known as the Richard Rodgers Theatre, and ran for 1417 performances. It garnered the Tony Award for Best Musical for 1962 as well as Tonys for Best Book by Abe Burrows, Jack Weinstock and Willie Gilbert, Best Actor for Morse, Best Supporting Actor for Reilly, Best Director for Burrows, Best Producer for Feuer & Martin and Best Conductor and Musical Direction for Elliot Lawrence. Bob Fosse did the musical staging and a young Donna McKechnie made her Broadway debut as a dancer. Additionally, Loesser and the book writers won the Pulitzer Prize. In 1967, it was made into a movie starring most of the original cast with the addition of Michelle Lee. The most recent revival, starring Matthew Broderick and Megan Mullally (later replaced by his future wife Sarah Jessica Parker), opened in 1995. Although it ran only 595 performances, it was almost as successful as the original, winning the Tony for Best Revival and a Best Actor nod for Broderick.

I haven't seen a live production of this show, but the original cast album is absolutely delightful. Morse's rendition of "I Believe In You" is perfectly optimistic while "This Paris Original" is a riot of a fashion mishap. It's all angst and comedy while trying to make it in the office place, a precursor to Nine to Five, The Office, Office Space, Thoroughly Modern Millie, etc. But for today's Song of the Day, I'm choosing "Coffee Break" performed by Charles Nelson Reilly, as Bud Frump, and company. If you live near an H-E-B, consider it a not so subliminal message to run there immediately and purchase a bag of pre-ground Cafe Ole in the flavor of "Taste of San Antonio," and send it to me posthaste, otherwise like Bud Frump, something within me will lie down and die.

Click here to listen to my Song of the Day. 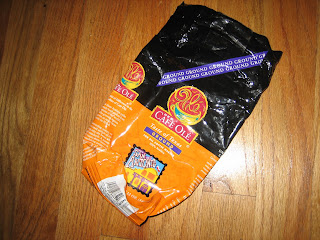 Email ThisBlogThis!Share to TwitterShare to FacebookShare to Pinterest
Labels: Song of the Day

I love this show! And this coffee!!