Let's All Sing a Chorus of Tomorrow

Tonight we gathered to hear Peter Filichia
talk about the revised second edition of his book Let's Put on a Musical. Peter was supposed to talk about his book and intereview composer Charles Strouse but it really turned into all about Mr. Strouse. He told some stories and shared his thoughts of what Bye Bye Birdie and Annie have meant to generations of theatre goers and actors alike. He also told his story about being called in to help out with a troubled Hello Dolly!! when it was still trying out out-of-town. He and his writing partner, Lee Adams, arrived to find the creative team at war and there were all kinds of problems. They took the stage manager's script and read it and started to make suggestions. They went back to New York where they wrote Before the Parade Passes By. They sent it back to Gower Champion and then heard little else. It wasn't for some time until they heard that there was a new song put in where they had suggested at the bottom of the first act but with the same title as theirs - Before the Parade Passes By! Jerry Herman had kept the title but changed the lyrics and music. More fighting broke out, but this time it involved lawyers on both sides of the fence. Strouse and Adams eventually were given 50% ownership of that famous anthem. This was only the second time that Strouse told the story in public. Somewhere along the way, the parties involved made up, even worked together again. Recently, Strouse was at an event honoring Jerry Herman and when he heard Jerry talk about coming up with the idea for Before the Parade Passes By, he knew that he had to tell his side of the story, although he still feels guilty about telling it because he treasures Jerry's friendship. So, he's writing his memoirs. Mr. Strouse then played and sang Once Upon a Time from All American, Put on a Happy Face from Bye Bye Birdie, Those Were the Days from the Archie Bunker Show, I Don't Need Anything But You from Annie and then we all joined in on Tomorrow. I was smiling ear to ear! Annie is my all time favorite movie musical! 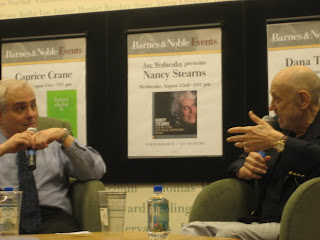 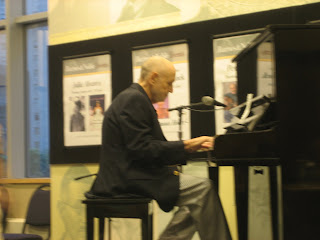 Never knew that about the real origin of that song! I've heard Jerry talk about it in some interview. Funny how history can be totally fabricated. Thanks for sharing!