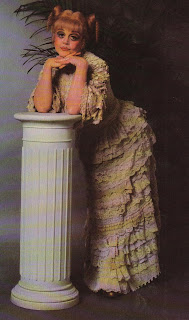 "'I used to go around with a Mrs. Lovett hairdo,' Bonham Carter says of the 'do worn by Angela Lansbury in the original stage production of Sweeney Todd: The Demon Barber of Fleet Street. 'I guess some kids wanted to be in 'Charlie's Angels,' but I just wanted to be Mrs. Lovett.'"
- Helena Bonham Carter to Variety, 12/6/07

And when asked what she thought of the Sweeney film, which she saw with Stephen Sondheim at a private viewing over the weendend, Angela said, "It's quite a different thing." Playbill, 12/5/07

Meanwhile, thank goodness, we're finally getting some press on Helena and her Mrs. Lovett. 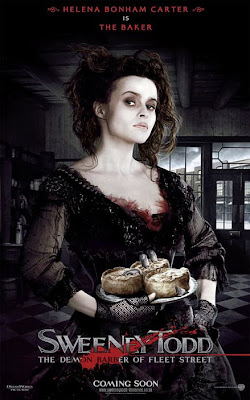 Sarah, Did you see Terry Teachout's review? He says its the best film adaptation of a musical ever. Talk about a reason for this to zoom right to the top of my must-see list!

I am trying to get tickets to a sneak preview in Philly on Tuesday!